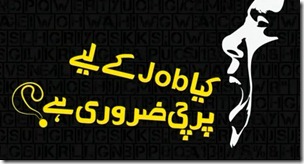 First of all, let me be clear that I am writing this after getting inspiration from Telenor’s Khamoshi ka Boycott campaign.

After reviewing their earlier advertisements and criticizing them hard (based on our own viewpoint), I must admit that their this particular TVC about parchi system is indeed something to look at.

Though, call it pessimism or maybe I am more realistic, I don’t find this campaign bringing a significant revolution in terms of changing the current parchi system in our culture, however, it indeed has triggered us to think the state of HR policies in various organizations.

And today, we will talk about Telecom sector!

I have spoken to more than a dozen telecom officials in last two days, and asked them about their HR policies, recruitment procedures and chances of being influenced by Parchi, references and the pressure from external sources in employing someone.

Public Relation departments of Mobilink, Telenor, Ufone, Warid and Zong were of the view that there is no ‘parchi system’, at all, in their respective companies, hence we can conclude from their conversations that Parchi System is something unknown to telecom sector.

Though, couple of of them, including Telenor PR Head, agreed to a point that they are at times asked and influenced by regulator, government officials, regarding jobs – but they never entertain such requests.

On other hands, when I spoke to other departments especially the HR officials in various organizations, they hinted us of parchi system, to some extent at least.

One of the official said:

Telecom companies are part of Pakistan ’s socio system. So we can’t separate this industry from the rest of the country. How can you think of a Telecom company not being influenced by regulator, government or those who have got higher stakes in management?

While I agree with this official, here is one more viewpoint from another unnamed official:

Parchi system was largely in-practice just few years back, when telecom sector was booming. I can give you names, examples, however, now – the situation is different. Every company is looking for best resource at best price so there are very little chances of hiring someone based on some external pressure.

After saying this, he agreed to following:

If someone has got a reference, and he is capable at the same time, then obviously the candidate has better chances to get the job.

From all this, I can safely say that evidences of parchi system are there in telecom sector too, maybe not as significant as in other industries/organizations.

Our readers, mostly being from telecom sector, we would like to request your input on this, to tell us “Have you seen anyone getting job in Telecom sector through Parchi System?”

Please share your personal stories, if any, in below comments or send us email here aamir [at] propakistani.com.

Based on readers’ input (in comments and emails), we will do a follow up story in coming days, with more facts.

Telenor, in response to our story, has clarified its earlier position and sent us following statement:

This is to clarify that no Telenor Pakistan spokesperson alleged or implied that regulatory or any government body can or has tried to influence the company’s recruitment process as stated in your news story.

Telenor Pakistan follows a stringent and transparent recruitment process that hires candidates on merit, based on the required credentials.