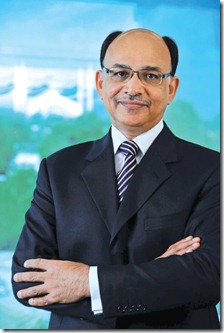 Mobilink is ready for a go to offer 3G services in the country, provided the government assures a fair and cost-effective allocation of spectrum in the industry, said Mr. Rashid Khan, CEO Mobilink in an interview with Daily Times.

He was quoted saying:

“We give our assurance and commitment in cooperation for early launch of 3G, we also would like to recommend an appropriate approach for allocation of the 3G spectrum.

Mr. Khan showed his concerns over high tax rates for telecom services, despite the fact that telecom sector has contributed the most for the country’s economy. He said:

Despite geo-political instability and pressures affecting Pakistan, the telecom sector has shown rapid growth and evolution and also been a key economic driver, he said and added the telecommunication sector contributes 3 percent to the country’s GDP.

He pointed out that the cellular industry alone has paid over Rs 300 billion through various taxes in the past five years alone.

Pakistan cellular sector is paying high taxes in comparison to the entire region as its overall rate reached 31 percent whereas the regional countries tax heads contained between 10 to 15 percent,” Rashid Ali said. “In contrast the cellular tariffs in Pakistan are amongst the lowest in the region.”

Rashid Ali Khan urged that the relevant authorities should support the cellular sector and ease this tax burden to provide relief to the common man keeping in view the challenging financial situation surrounding the sector and its users.