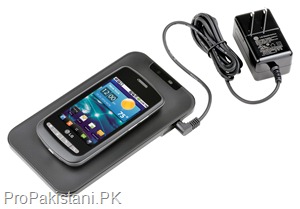 LG Electronics (LG) announced today the LG Wireless Charging Pad (WCP-700), which will allow phones to get charged without pinning in the charger. Though, the device charges devices with in 7 MM distance only, but it is considered as a step towards better range wireless charging.

Featuring a sleek design, LG Wireless Charging Pad is poised to revolutionize wireless charging as we know it. With inductive coils built into the battery doors and internal contacts, advanced wireless charging technology allows for a cord-free power source – alleviating the need for external connections that limit the phones usability.