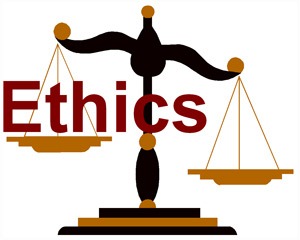 With each marketing push by the cellular companies of Pakistan, comes the public feedback. Over the years, the consumer has become a more critical person, taking the time to judge a product or advertisement with a fine comb.

It is hard to conclude whether the consumer is fully understanding of value, as there could be a varied opinion of value among the various segments of consumer that grace the Pakistani cellular market.

In recent months, debate has arisen over the moral values and code of conduct followed by the local cellular companies. This is directly linked with the largely conservative society that inhibits in our corner of the world, with culture and religion blending with many other spices to create a volatile concoction.

There are two parts to the discussion; the products being flocked to the market and the promotional concepts being utilized. In the first part, the hue and cry has greatly dominated over the late-night call packages that are seen as specifically targeted towards the younger cellular user.

The belief is that cellular companies are encouraging the innocent and precious youth of this country to purchase packages that have free night calls, so that they can spend their late hours fraternizing with their friends, especially those of the opposite sex.

Before shifting the blame to the companies, we need to focus on the topic at large. The packages are no new creation; in fact, cheaper calls at night have been a dominant factor of cellular and landline communication companies for decades, in Pakistan and abroad. In the days of analogue services, there were packages that allowed free incoming calls on Mobiles from midnight to early morning.

In the defense of companies, they are business entities created to generate a steady stream of revenue for their shareholders, by providing services and value to the stakeholders.

And just as is true for every business, there is always a need to seek out ways to increase that revenue. As communication traffic dips after 11pm, the easy proposal is to earn a rupee instead of nothing, and hence cellcos and internet operators entice the consumer with late night offers.

Let’s move on to the promotion of these offers. As we have entered the 21st century, the media of Pakistan has pushed for more freedom, and this is visible. Creativity is trickling, if not oozing. Cellcos have to be credited with some of this push, being one of the larger industries utilizing the media to spread their message.

The appeal of taboo matters like friendships and relationships between youth of the opposite sex is significant to show that there is an underlying inkling to free our society of cultural confines. If it is used to enact a utopian setting for some, doesn’t that just fall under the freedom of thought act, if one does exist?

Is it the onus of the creator to seclude certain information for the purity of mental thought processes, or are the audience able to filter out the redundant data in a feasible manner and capture the real pitch of the entire showpiece?

The essence of any advert or product is to showcase value for the consumer; humor, sex and other subjects are just matter used by entities to forge a connection with the public, as well as hope for greater brand identity. In tough economies, businesses go to extreme lengths to remain a competitive force.

In recent months, Telenor has copped flak for its call to boycott the silent attitude that the larger expanse of the so-called citizens of this nation have adopted. Whatever the subject matter, we forget that while no one is calling for the local society to be a copy of the West, a developed mindset does not need for the shedding of clothes or any other inappropriate act within public view. All it needs is the open space to think; independence.

Moral ethics in business often create logger-heads in the face of the core function of making money. After all, the internet was created to be a defense communication system and ended up being much more, with pornography the ruling arena. Mobile communication was envisaged as a need for those constantly on the move, but has become as important as the keys to our house. With all technological innovation comes a form of abuse. But can the blame solely be placed on the entity bringing the innovation?

The previous generation snuck around to get their deeds done. The current one is bolder to be more honest with their actions. The next one will evolve the process further. While local customs should be respected, the need of the hour for this nation is to evolve ahead as well so that our social fabric incorporates the present and prepares for the future.