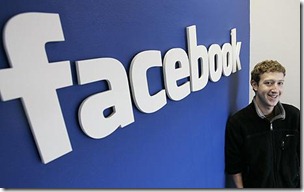 We usually don’t cover global tech stories, but this is huge, so we thought our readers might get interested in reading this.

Well, the headline might look crazy to you, but the fact is that Paul Ceglia, initial partner of Mark Zuckerberg (the founder and CEO of facebook), is claiming to have 50 percent financial rights over Facebook, based on his initial investment of USD 1,000 – that he made back in 2003.

This way, Paul Ceglia is potentially the luckiest investor in the history of tech world. He, may get as many shares in Facebook as Zuckerbeg has – based on his 1,000 dollars investment that he made in facebook in early days.

Paul says that he has the copy of contract with at least one dozen emails, which facebook says are fake, to prove that his initial investment is legit and he is rightful owner of facebook shares (exactly equal to Zuckerberg’s) valuing around 10 billion dollars.

It all started back in 2003 when Zuckerberg shared his idea of year book (later called as facebook) with Paul and asked him for fund injection, which Paul agreed and paid 1,000 dollars to Zuckerberg against 50 percent stakes in the project.

After several months of this initial investment by Paul, Zuckerberg was able to launch facebook in early 2004, which turned out to be a successful project (though the access to website was limited to Harvard University students only).

Later on, in summer 2004, Zuckerberg seemingly lied to Paul and said that project didn’t go through well and he’s thinking of taking the website off-air. He offered Paul the the refund of his investment, which Paul claims Zuckerberg never made.

Currently the case is in court, and may turn out to be one of the biggest tech stories of history.

And just don’t consider it another ordinary lawsuit, as the tech analysts are taking this incident very seriously, plus a fact that the law firm behind Paul Ceglia, DLA Piper, is a major international law firm that primarily represents technology companies. It is said that DLA Piper takes only those cases which it believes have some value and credibility in them.

Just to add here, in past, facebook had to pay 65 million dollars to Winklevoss brothers (who were without any document proof) in a settlement case when both the brothers had accused Zuckerberg of stealing their idea of launching facebook.

You can read complete emails (between Zuckerberg and Paul) and more details on Business Insider and a webcast discussion on TechCrunch.