World’s most widely used operating system, till date, Symbian evolved from EPOC, a 22 years old term, and is now being planned to put into dead pool, for good.

Back in time, Psion developed a family of graphical operating systems for portable devices by the name of EPOC back in late 1980’s. EPOC name was derived from epoch meaning ‘The beginning of a distinctive period in the history of someone or something’ or the beginning of an era.

The EPOC32 a 32bit graphical multitasking OS developed by Psion in 1997 under the codename ‘Protea’ resulted in the formation of Symbian Limited in June 1998 together with Nokia, Ericsson & Motorola. Consequently the OS EPOC was renamed to Symbian Operating System.

In 2000 Ericsson released the first ever Symbian handset the R380, a touchscreen phone, based on Symbian OS 5.1.

And form here the new era began, with multiple revisions for Symbian.

EPOC32 supported the development of separate 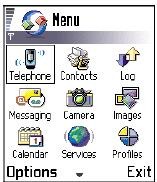 From this version on users had the ability to install applications on their phones. The first phone to ship with the S60 UI & Symbian OS 6.1 was the Nokia 7650; it was the first 2.5G phone and had a camera & light sensor.

Symbian OS 8.0 was released in 2004. At that time phones normally had two processors/chips, one to handle the communications and the other to handle the operating 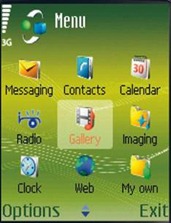 system and user data or had two operating systems, one for the radio part and the other handled user’s data.

Symbian 8.0 was capable of handling both by itself.

This helped reduce the cost of Symbian handsets & made it the first major Mobile phone OS to boast this capability. 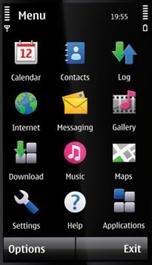 Symbian OS 9.1 was release in early 2005 but version 9.0 was not intended for general public.

In version 9.1 and consequent upgrades more security features were added. Other enhancements include HSDPA and built-in WiFi & Bluetooth 2.0 support, ability to receive IP calls over WiFi.

With the launch of Nokia X7 and E6 came the new version of the Symbian called Anna.

According to vision mobile approx. 446 million Symbian OS phones have been shipped as of H2 2010. The future of the OS that lived with us all these years & powered the best media phones of its time is unknown as Nokia has decided to partner with Microsoft to use Windows as base OS for its smartphones.