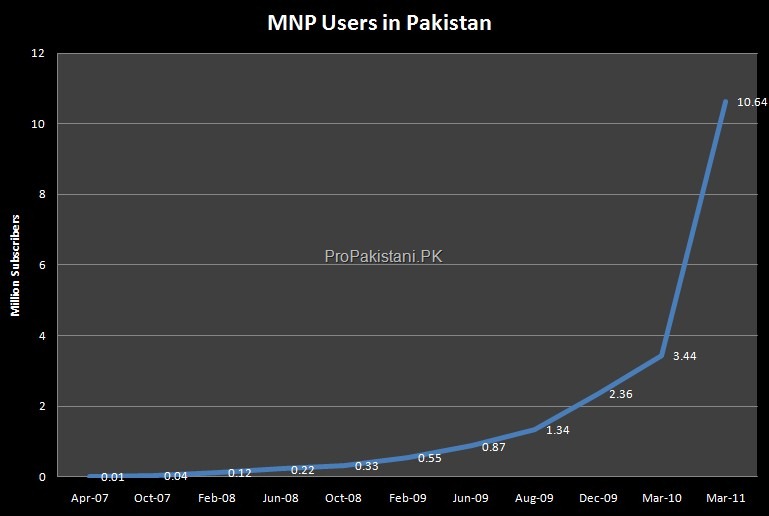 The number of subscribers migrated from one cellular network from other had been reported to reach 3.44 million in March 2010, which showed almost 200 percent growth in one year to reach a total of 10.642 million subscribers till March 2011.

7.2 million subscribers out of 10.64 million in total, availed MNP service in last one year, showing a substantial growth thanks to lucrative offers by cellular companies for MNP customers.

7.2 million MNP subscribers in one year translates into 0.6 million subscribers availing the service every month, on average.

The porting activity among subscribers is getting popularity among the customers particularly in the ongoing year thanks to hundreds of free minutes, bundle SMS and friends and family packages offered by mobile phone operators.

Pakistan is the first and successful country of South Asia, which has implemented the MNP service. Over a period of three years since its inception in March 2007, it witnessed consistent growth in service utility by the mobile phone users.

Following graph shows the the growth of MNP users in Pakistan over last three years. 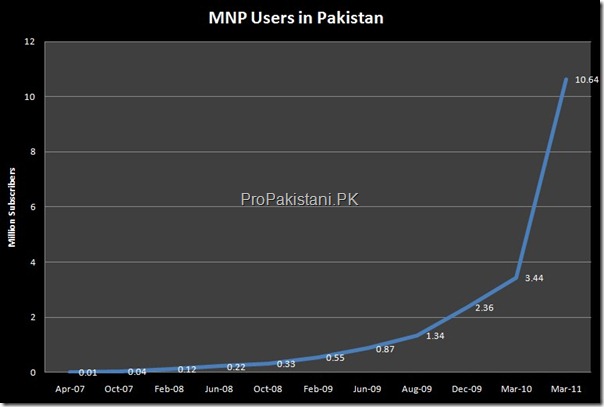