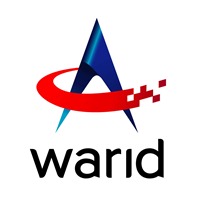 Rumors and un-confirmed news of Warid-Mobilink merger had been consistently surfacing for last several month, but today Warid has declared that it has decided not to pursue any further the current merger discussions with Orascom Telecom/Vimpelcom, we have confirmed with a highly placed source in the company.

On the occasion of its 6th anniversary, higher management communicated this to its workforce that Warid has decided to retain its independent brand identity and will not merge with Mobilink or any other operator. The communication said that Warid has abandoned any discussion/talks for merger, and has decided not to get into merger talks again.

According to another source, this decision came after evaluating the overall interests of the shareholders and current market situation, Warid ultimately has decided not to go with the merger instead it will re-visit its overall operations to boost the sales and network capacity.

Inside sources tell us that Warid employees are very positive after this development, who have undergone through difficult and uncertain time during last one year or so.