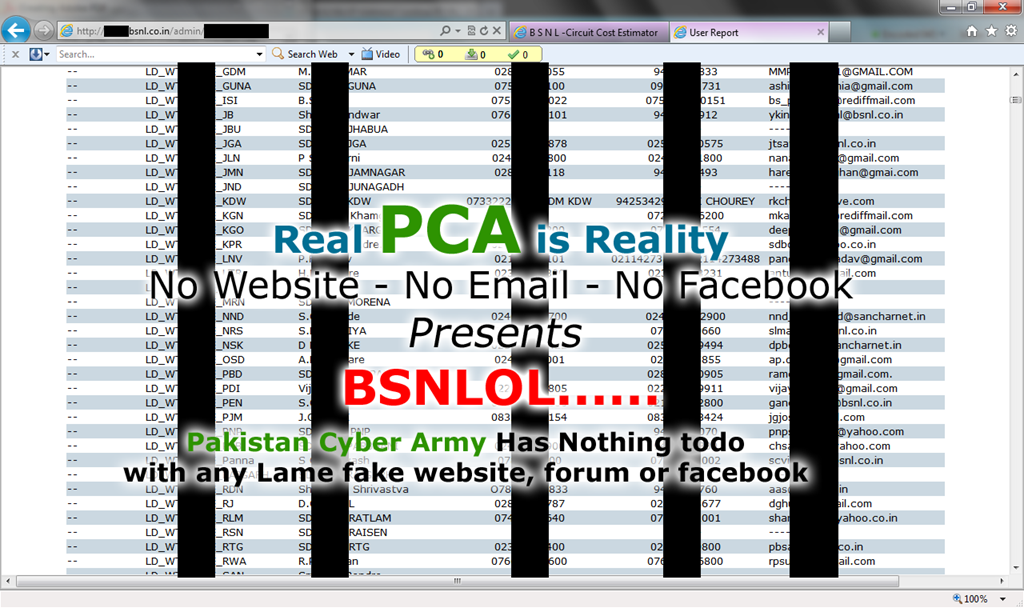 In response to recent hacking attacks by Indian Hackers on various Pakistani universities, it is said that Pakistan Cyber Army was able to hack into BSNL website, largest and state owned telecom company of India.

According to “The Hacker News”, PCA claims to have penetrated into BSNL’s website and had access to data of some 10,000 customers; which includes names, emails, phone numbers.

Hacker News said that PCA also managed to grab VPN detail of circuits and as well as more technical details which appears as crucial information for streamlining the network.

PCA released the screens of the admin panel of BSNL’s website.

If you are just wondering why activity amongst the hackers is high lately, then it’s the month of August; when hackers get active and hack website of opposite country. It gets worse at times, but usually the senior hackers calm down the situation.

This BSNL incident is termed as a high value hack. Indian hackers might retaliate by trying Pakistani telecom companies, so it’s time for scaling up the security.

Unlike previous announcements, PCA didn’t announce this hack on their website. Instead, the hacker group said that they don’t own any Facebook page. 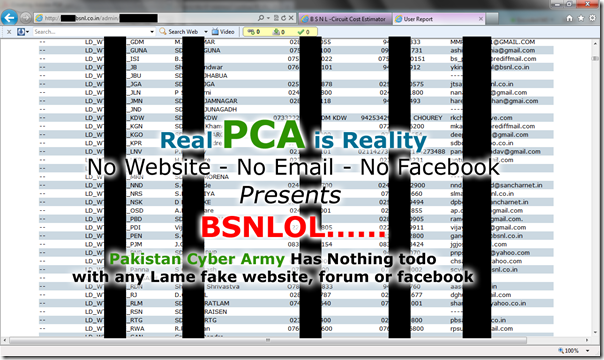 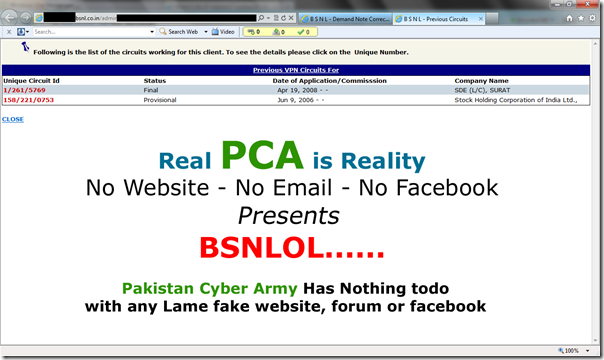 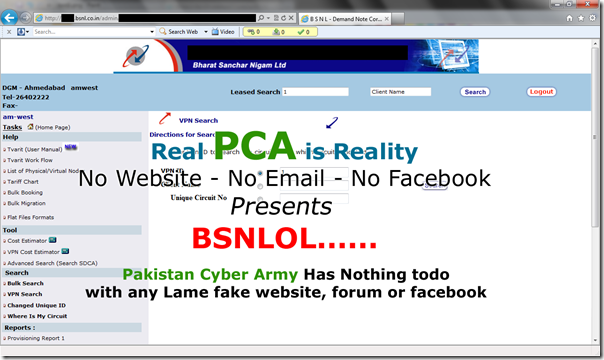