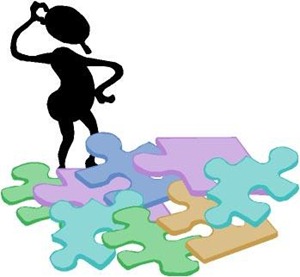 Another month goes by and the debate over the sale of 3G licenses gets a headline. For a country that led the region in terms of GSM implementation, we have taken our usual approach to life by settling into a silo and remaining comfortable with what is there.

Across the border, 3G will celebrate a year of operation by the time the clock strikes 2011 out. And this is the same country where MNP (mobile number portability) was the biggest rollout of 2010.

It is hard for a balanced comparison to be made on Pakistan’s cellular industry with the surrounding nations. Factors like population and GDP vary in large proportions. Take cellular penetration as an example; both India and Pakistan officially report a 60 to 65% mobile communication uptake, but that percentage represents almost 600 million subscribers for the former and just 105 million for the latter.

Out of all these subs, Pakistan reports only 5% to be data users, whether utilizing Blackberry services or GPRS/EDGE. Across the border, Vodafone India alone has 26 million data subscribers.

Moving to factors like economy and social setting, the climate for investment is greatly hampered in Pakistan. The boom times of 2005 to 2008 cannot be replicated and the local cellular companies are well aware of the reduced returns on any capital expenditure.

With all the operators being under foreign ownership in some way or form, the current strategy seems to be aligned towards reducing costs and extracting as much profit out of the re-milked cow of a consumer.

But the mobile communication industry is a rapidly innovating one, which has moved leaps and bounds in the last decade. Even the African continent has been at the forefront of the bandwagon, in spite of the lack of development in other sectors.

The consumer perspective in Pakistan is to question the reluctance of the operators to innovate and remain at par with international standards, on both voice packages as well as faster data options. The operator response is to question the high cost of licenses and infrastructure, as well as the lack of high-paying customers in a country where the ARPU is under $3.

What has eventuated is a stalemate. The lack of alternative options by the PTA, which appears resigned to using the telecommunication industry as the principal earner of FDI for the country, means that the local mobile operators will continue to delay the 3G process as long as possible, especially keeping in mind the cost of the license being propositioned.

The idea of inviting an international company to enter the already saturated market may be a little too optimistic.

For now, the consumer has to make do with what is available. While the line of high-end Smartphones continues to roll out, it will some time before equivalent level and variety of services arrive for them.