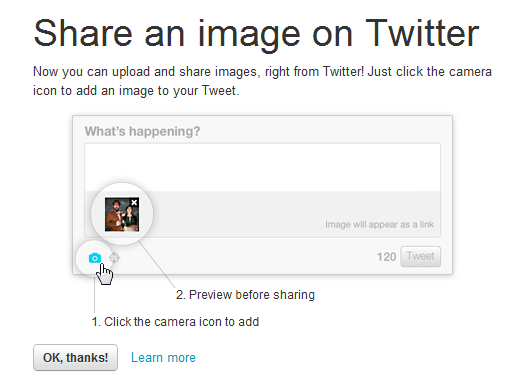 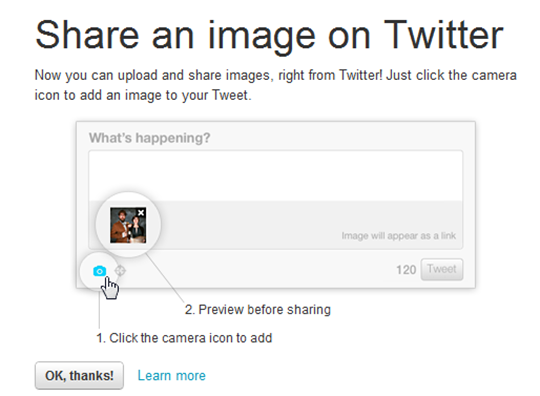 Twitter today has rolled out its own photo uploading feature which allows users to directly upload a picture while tweeting. Twitter had announced this feature in June 2011, but now it is available to all members of Twitter.

There is a 3MB size limit on images though.

Pictures can be made available to twitter’s search by adding hashtags with them. Also other users can comment on the pictures by simply replying to tweets. By the way you can flag pictures if you deem they illegal or sensitive in nature.

Note that this service is currently available for web users only and we still have to wait till Twitter incorporates this feature in its Mobile version, which I believe is more crucial – especially in cases when you are live reporting from event.

Moreover it is said that Twitter will rollout support for photo galleries that will syndicate all photos uploaded by a user on Twitter and third-party photo sharing websites such as Twitpic, but no ETA on this so far.

Also note that all EXIF data is stripped from the photos after uploading on Twitter.