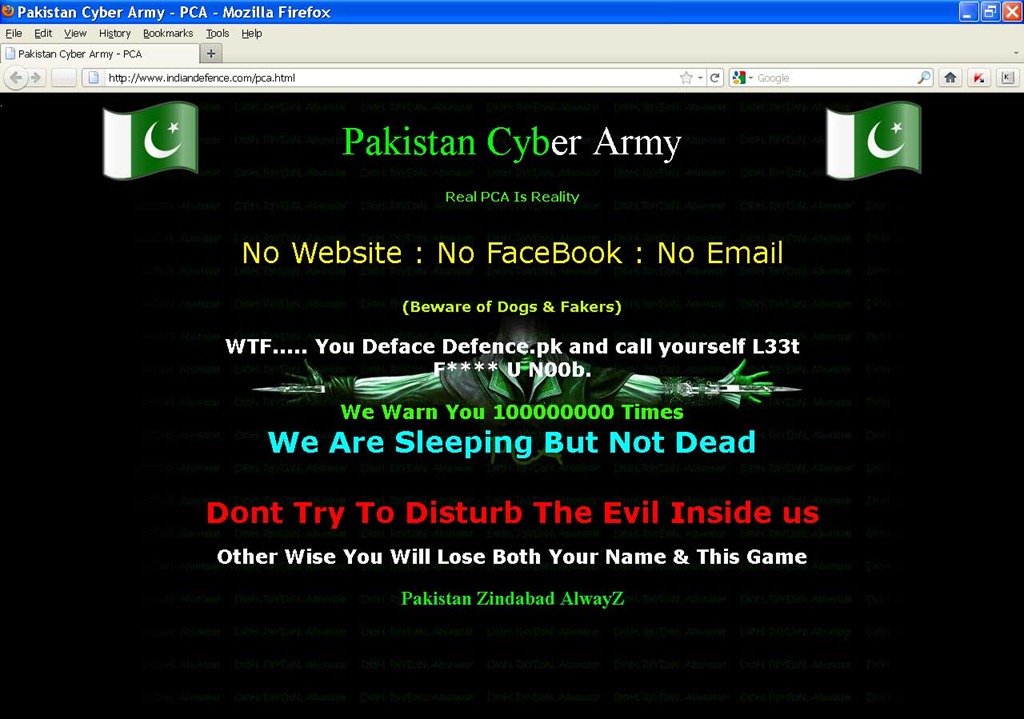 In response to recent hack of Defence.PK, Pakistan Cyber Army has defaced IndianDefence.com, terming it as a revenge for defence.pk defacement.

PCA says that it successfully penetrated into IndianDefence,com’s server – they issued screenshots of defaced pages and SQL dump.

Pakistan Cyber Army claimed that this was a targeted defacement.

In an email sent to ProPakistani PCA officials said that they don’t deface/hack websites randomly, instead their attacks are highly targeted and based on past defacements by Indians hackers.

They warned Indian hackers to not to hack Pakistani websites again, or they will see the wrath in similar manner in future too.

It merits mentioning here that an Indian hacker, named protector, had defaced Defence.PK – a highly active Pakistani forum for defence oriented and related content for Pakistanis. In response to which, IndianDefence.com (which got hacked today) is an equally high value website for Indian defence corners. 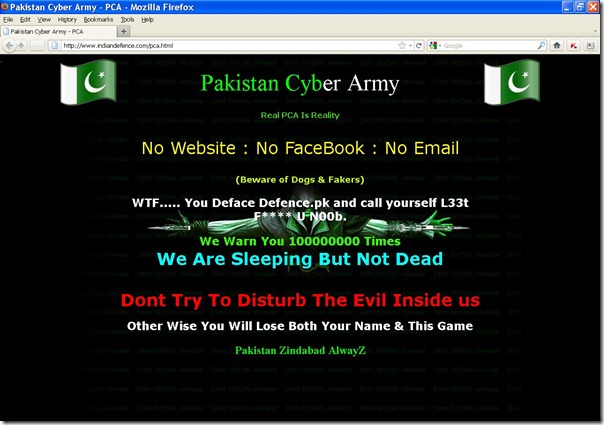 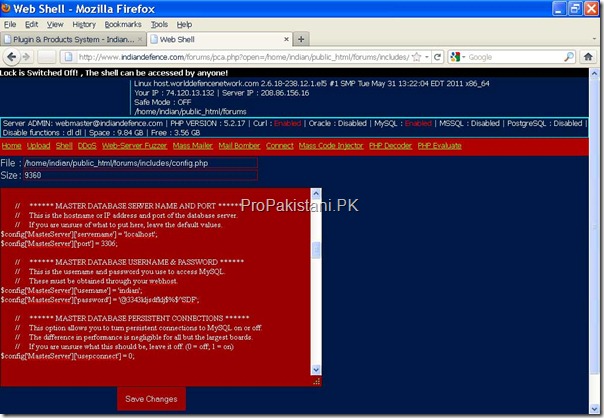 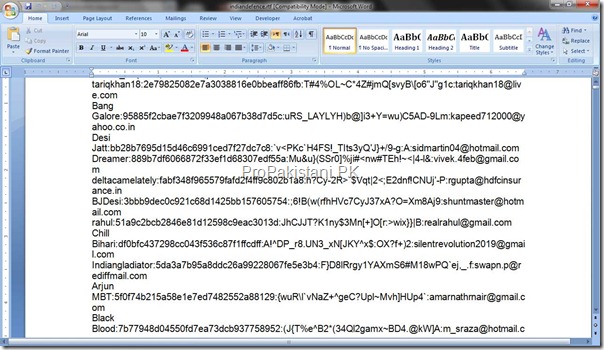