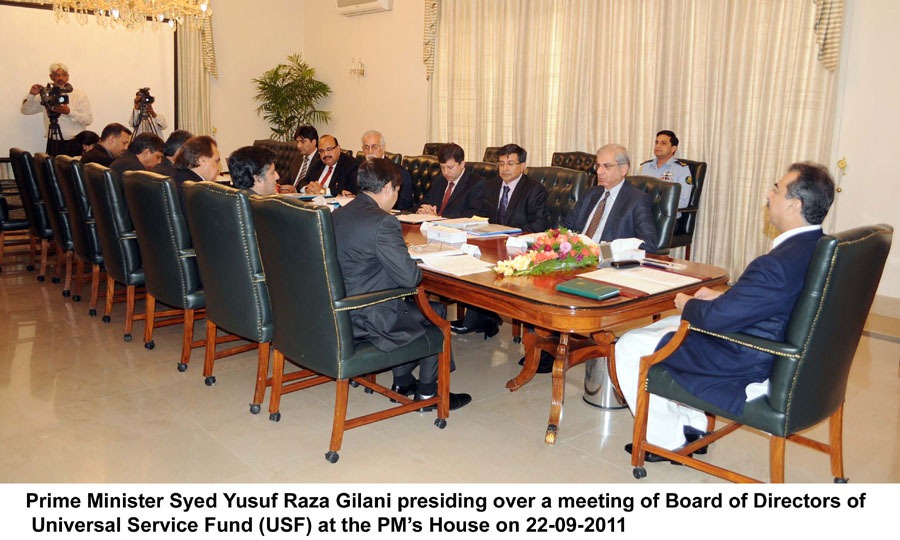 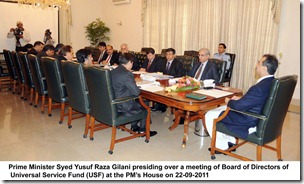 Universal Service Fund board will set-up telemedicine network in Rawalpindi, Karachi and Multan to help flood hit areas of Sindh.

Each of these remote sites will provide facilities of digital stethoscope, digital derma-scope, portable ultrasound, digital ECG and customized telemedicine software to the patients at their hometowns including consultations with the specialists sitting in the three main hospitals.

The Prime Minister directed USF that in addition to the proposed cities in Sindh, of Badin, Thatta, Dadu and Nausheroferoz, flood stricken districts like Nawabshah, Mirpur khas, Umerkot and Sanghar should also be included in the telemedicine network, immediately. Similarly he directed to include cities of Bahawalpur, Rahimyar Khan, Rajanpur, DG Khan, Qadirpur, Shuja’abad Mianwali and Kharian to the 12 cities initially planned. He also directed that as soon as USF Fiber cable islaid in Khyber Pakhtunkhwa and Balochistan, similar Tele-medicine projects should be started there also.

Other major telecom projects that are part of the newly approved budget include Broadband, Fiber Optic cables and Educational/Tele-centers in the unserved parts of the county.

The Prime Minister said that USF had to further speed up in order to cover the delays caused due to different factors during current and the last year. He further emphasized the Board to keep ensuring transparency in biding process and execution of the projects. To ensure better execution of projects, decisions regarding extension in projects contractual timelines and establishing mechanism issues of the fund were also discussed and decided.

The Prime Minister stressed upon optimal utilization of USF fund in bringing concrete progress in the near future, in terms of applications like e-agriculture, e-commerce, e-government, e-education, e-health and e-disaster management. He maintained that USF should work in collaboration with other countries with better information technology expertise to establish state of the art IT learning institutions with a special focus on unservred and underserved areas.

The Prime Minister urged board of directors of USF to ensure frequent Board Meetings to make it more effective. On part of the Government too, he assured USF Board of full support and encouragement in carrying out this nation building task.