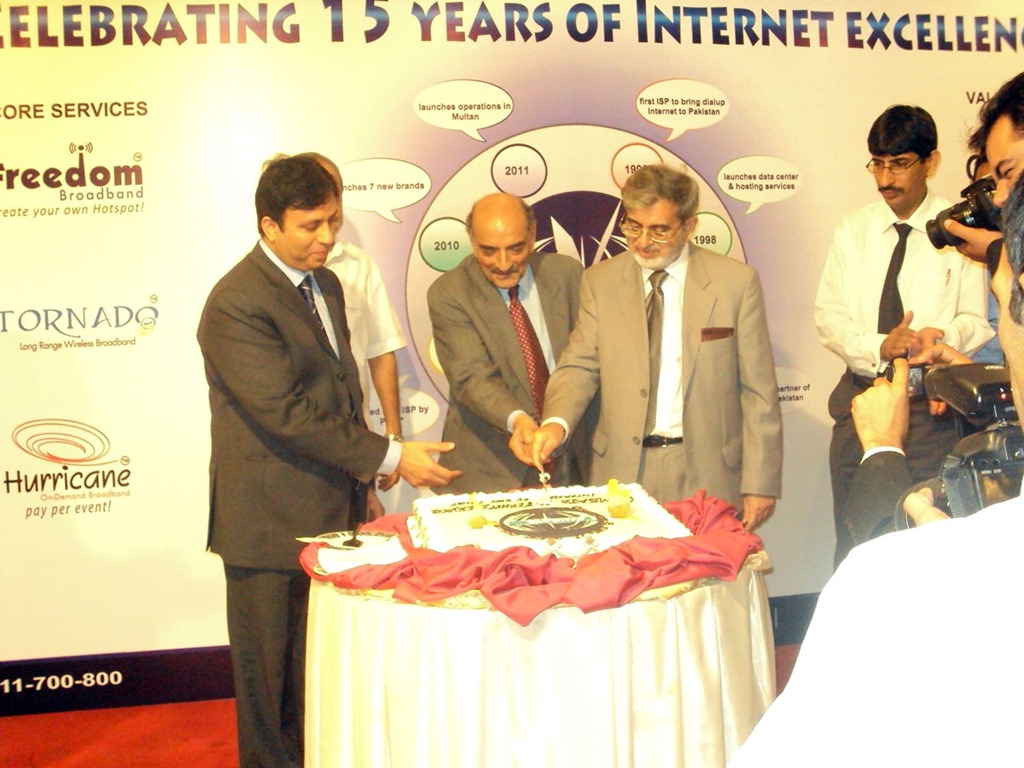 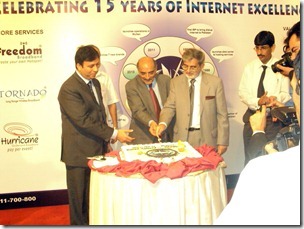 Anniversary was named as “15 years of Internet Excellence” and was recently celebrated at an employee event at Islamabad Hotel.

During the event a comprehensive presentation was given by Chief Executive Officer, Mr. Asim Shahryar Husain. The CEO highlighted the achievements of CIS during 2010-11 including up-gradation of data center and training center, new offices in Karachi, Peshawar, and Lahore, and launching of seven new product brands.

He mentioned that CIS is offering wireless broadband packages for SMEs and corporate customers as well as new training courses for PMP®, ITIL®, Cisco®, and Microsoft®.

Addressing the gathering, Mr. Parvez Butt talked about how CIS was approved by the then Prime Minister, Ms. Benazir Bhutto and how CIS brought Internet to Pakistan in 1996.

This was followed by an address by Executive Director COMSATS. Dr. Qureshi, he said that it is a great achievement for CIS to be in operation for more than 15 years with zero private investment.