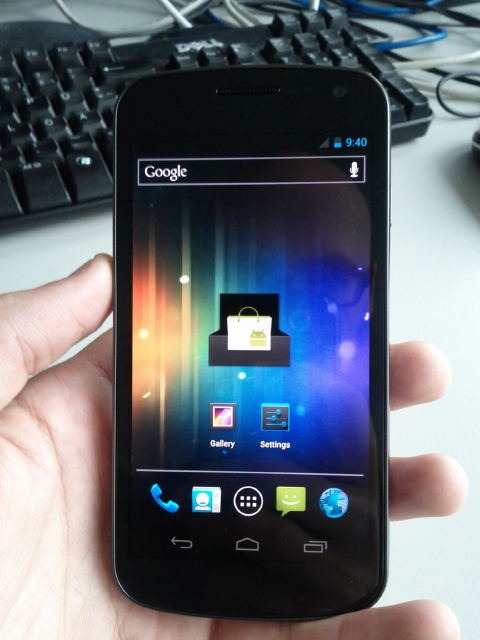 Just a few days ahead of it’s official launch on October 11th, 2011 (or maybe event may get delayed due to Steve Job’s death), pictures and video of Samsung Nexus Prime – Google’s next flagship device – has hit the internet.

Earlier complete specs of Nexus Prime were leaked by two different sources that contradicted each other, so we are not going to believe in any of them – but this video looks real, real enough to be shared with our readers.

Here you go with the picture, while video is available after the jump. 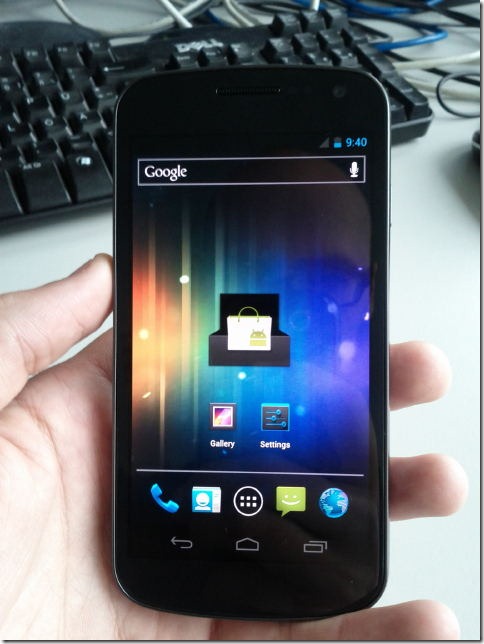 It seems pretty much like Nexus S, the front at least. Though we aren’t sure about the thinness of Nexus Prime. Even the video doesn’t clarify the back side or side-view of Nexus Prime.

From picture or video one can’t be certain of the specs, but it appears that a processor of at least 1.2 GHz with dual core is being run with the Nexus Prime we see in the video. RAM, at least 1 GB – and display screen: it’s bigger than Nexus S.

Though there’s no Siri with Nexus Prime, but this phone is definitely going to give a tough fight to newly announced iPhone 4S

Nevertheless, phone looks pretty awesome with Ice Cream Sandwich running on it. Rest you can see in the video yourself, but I can tell you that user interface with ICH is better than the one we had in Gingerbread or earlier versions.