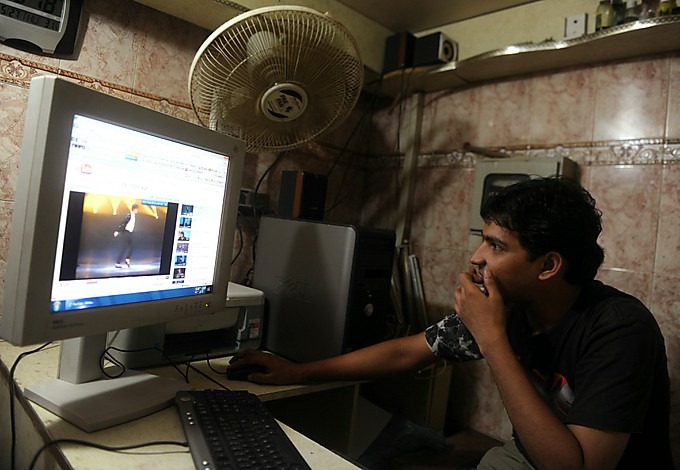 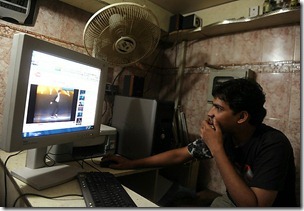 Pakistani internet users have been on the rise with accelerated pace, crossing 20 million benchmark with a greater percentage accessing the internet via mobile phones, said Freedom on the Net in it’s 2011 annual report.

The report cited International Telecommunications Union (ITU) and said that estimated users have been surging significantly on monthly basis however, the Internet Service Providers Association of Pakistan (ISPAK) estimated a far lower number of internet users at only ten million.

On the other hands, some of the local think tanks said that the internet users have crossed 24 million benchmark at present with surging number of broadband and mobile internet users.

The report stated that the Internet is available in all the major cities of the country, as well as in many remote areas. The majority of people use dial-up connections whereas broadband internet is growing speedily in big cities.

With the explosion of mobile-phone use and the gradual spread of broadband internet in Pakistan, access to information and communication technologies (ICTs) has increased, as have citizen journalism and online activism, the report said.

Pakistan does not yet have a third generation (3G) network, which is also a hindrance for the spread of broadband internet and other wireless services in the country. Remote areas of the country have no access to broadband, and are left with only a slow, intermittent dial-up connection, rendering any meaningful online activities very difficult.

The number of broadband users reached almost 1.5 million mark. Pakistan is recently ranked as one of the top countries that registered high growth rate in broadband Internet penetration, Point Topic, a global broadband tracker said in its report published a few months back.

The country, which has seen a boom in its telecom sector and information technology services in recent years, recorded around 46.2 percent growth of subscribers and is placed fourth on the ranking list.

There more than 50 internet service providers including 10 broadband companies operating in different parts of the country under their license at various charges.

These service providers have brought advanced technology to deploy their network including Wimax, DSL, FTTH and HFC. The number of operators with variety of technology has been expanding base of technology users with competition, showing the falling rates of service by every passing month.

The different service providers include PTCL, Wateen, wi-tribe, Qubee, Link Dot Net, Infinity and Comsats. The broadband packages are lowest in the world ranging from Rs. 250 to Rs 3,000 per month depending on the speed and utility of data by the subscribers. However, the stiff competition among the operators has resulted constant decline in quality of service.

Pakistan has already developed and expanded its technology highways with international undersea cable for its future demands. Presently, there are four undersea cables connecting Pakistan to rest of world including PTCL’s owned SMW3, SMW4 & IMEWE and one with TWA.

Internet has been evolving in its different technological modes through high-speed broadband and has become a basic need of the people for the purpose of information, education, entertainment and business. Hence, it is an indispensable source that plays a vital role in different aspects of a masses’ life.

Pakistan’s digital growth prospects have begun to look brighter lately. Besides having a large bilingual (English and Urdu) Internet using population as the estimated viewership of blogs have reached nearly 3.4 million.