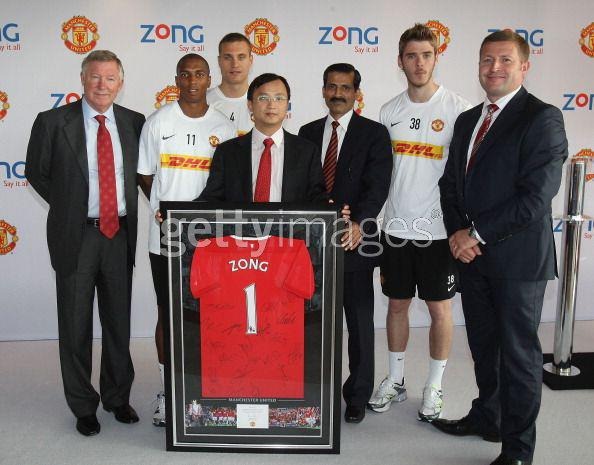 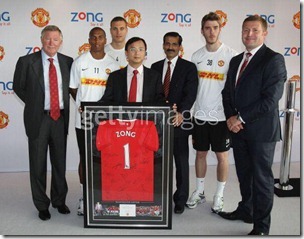 As we reported earlier, Zong has entered into three year deal with Manchester United, and now according to Dawn, part of this arrangement will see 32 footballers from all over Pakistan to be trained by Manchester United players under the guidance of their coaches including Sir Alex Ferguson.

Country wide trials will be held from next year to select the best players between the ages of 10 and 18 who will receive training by Manchester United players and coaches.

However, it remains unlikely that any of the club’s staff and coaches would visit Pakistan because of the security situation in the country.

While speaking at a press conference on Tuesday, Rizwan Akhter, the Director of Advertising at Promotion at Zong said:

“Seeing the popularity of football among youngsters in Pakistan, Zong has entered into a three-year contract with Manchester United. It is hoped that this one of a kind partnership will lead to prosperity, growth and triumph for the sport here.”

“Though we are focusing on the grassroots level for now, it is hoped that along with the inspiration gained from learning more about the famous English club with such an interesting history will come improvement in football grounds and academies here.”

He further said that the deal would allow Zong to look at the workings of the club. And by noting the positives about how one of the biggest clubs in the world is run, changes could be made to the footballing infrastructure in Pakistan.

The partnership already makes Zong the official telecom partner of Manchester United in Pakistan as well as providing the rights to exclusive interviews, news and footage of behind-the-scenes activities.

Manchester United have an estimated 10 million fans across Pakistan and this deal will further endear Zong to the clubs fans, footballing enthusiasts as well as inspire younger players to take up football as a sport.