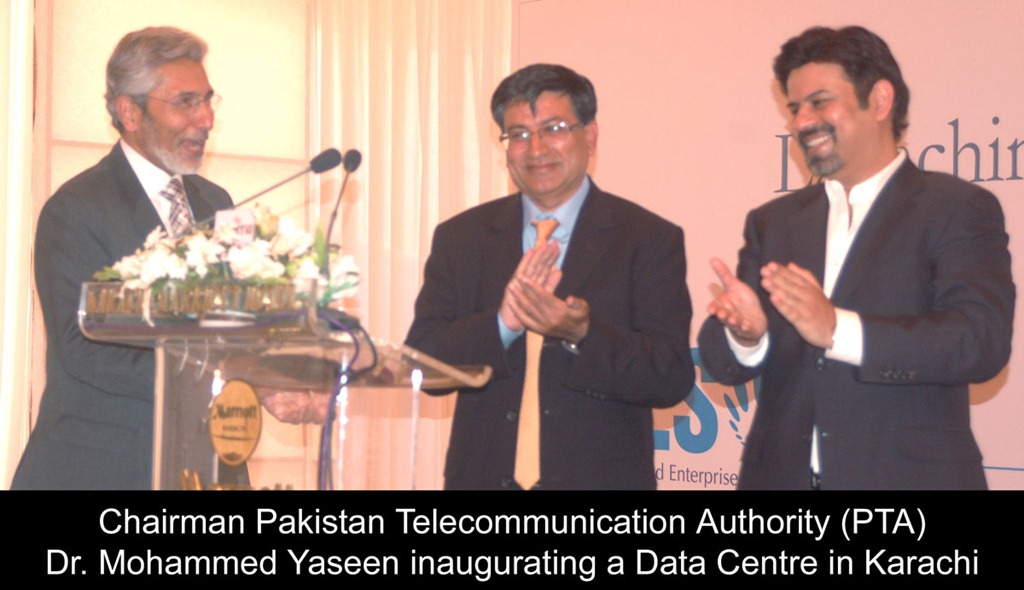 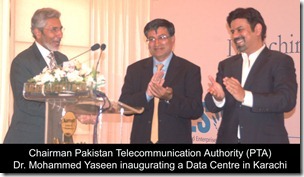 TansWorld’s state of the art data center has been inaugurated by Dr. Muhammad Yaseen, Chairman PTA, in Karachi today.

Inaugural ceremony was attended by executives of telecomm industry, media persons and employees of the company.

Data Center is equipped to offer its customers the colocation needs for multiple applications, through its state-of-the art, purpose built commercial Data center in Pakistan.

While addressing addressing the inaugural ceremony, Dr. Yaseen said that PTA is fully committed to the task of regulating, issuing new licenses and to introduce new spectrums and technologies, but the private sector also has an important role by investing in ventures.

Dr. Mohammed Yaseen said the telecom industry has had to battle a host of issues ranging from the rupee devaluation, the energy crisis, the security situation and inflation which has greatly reduced the disposable income of the common citizens of this country. However, the industry has proven itself to be remarkably resilient and there are some notable achievements that the industry can be proud of he added.

He said that Cellular service coverage is one of the best in the region; the cellular subscribers have crossed the 100 million milestone, there are multiple broadband options available to the consumer in every nook and corner of Pakistan, there are more than 1.5 million broadband consumers in Pakistan with the industry doubling year to year and 4 operational long haul networks in the country that connect various cities of Pakistan.

He said that with the increase in broadband adoption, the need of the hour for Pakistan is to continue to improve its internet infrastructure. He added that Internationally there are two independent operators that connect Pakistan to the internet and every destination of the world. Transworld being one of these.

Dr. Mohammed Yaseen said that Transworld’s new data center is unique due to its location and state of Art Technology and new applications and contents can be hosted with minimum capex. Later he inaugurated the Data Centre.