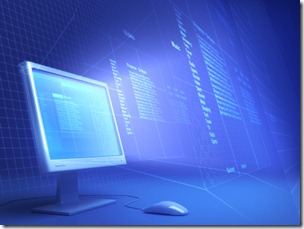 Pakistan’s IT industry has gained limelight as it foreign investors are seeking healthy opportunity to work with local software houses and service providers as shown by the substantial inflow of foreign investment in the country.

State Bank of Pakistan (SBP) statistics said the Foreign Direct Investment (FDI) in the IT sector witnessed growth of 120 percent, attracting capital of US $ 9.4 million in the first fourth months of the fiscal year 2011-12 compared with corresponding period of previous year.

Despite lots of challenges, local IT companies and foreign companies with their subsidiaries are tapping potential of local market in various fields including software programming, mobile applications, networking services and hardware production.

Industry people said that global companies are seeking joint-ventures with local firms or planning to set up their outlets for exploiting talents of the local industry in different fields.

Foreign companies having offices in Pakistan are trying to scale up their business with expansion of their networks and production volume, they said.

Hence, the FDI witnessed handsome growth in the current fiscal year and a business volume has been increasing with number of employment in the IT sector.

According to Security Exchange Commission of Pakistan (SECP), there are 83 companies, having comprehensive authorized and paid-up capital, were listed in the four months of current fiscal year (Jul-Oct 2011) in Pakistan.

It is worth mentioning here that companies listed with SECP in IT sector are highest in numbers among all the listed sectors.

Most of the IT companies are listed as private corporations with medium sized operation footprint. These are local and foreign companies and are mainly based out of major cities including Karachi, Lahore, Islamabad, Faisalabad etc,.