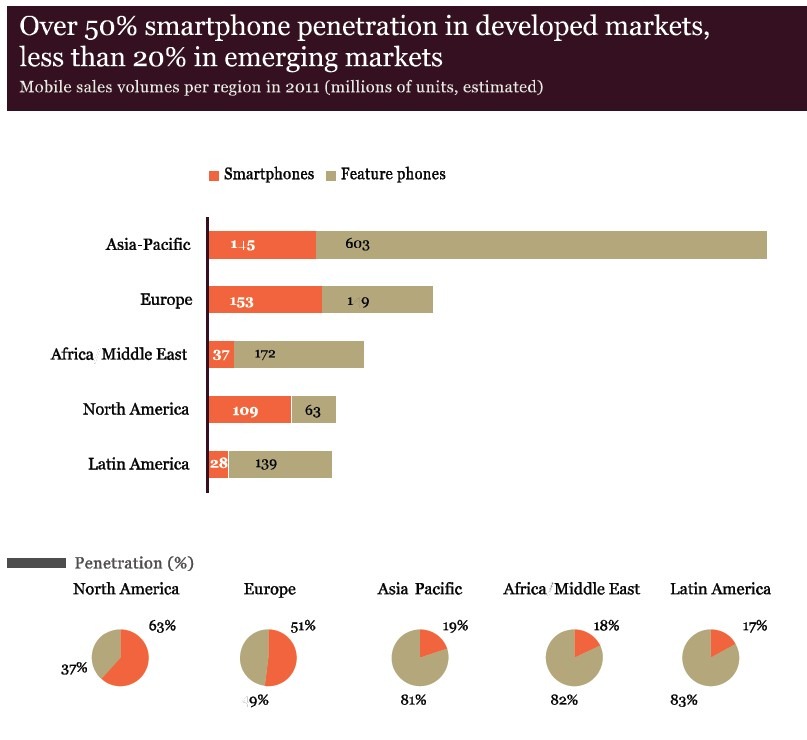 Despite all the hype that Android or iOS has created over last couple of years, low-end feature phones, with basic telephony and data services, still dominate the global handset market.

A recent study, carried out by VisionMobile, reveals that with all the growth in smartphones shipments, the global share of smartphone penetration stands at 27 percent, that too thanks to high numbers in Europe and North America.

Report suggests that smartphones adaption is understandably high in regions with 3G network coverage and where subscription plans are postpaid. While remainder of markets with 2(.5)G networks and prepaid subscription is dominated by feature phones, mainly by Nokia.

Report says that smartphone penetration is measured at 65% in the USA and over 50% in Europe to 19% in Asia-Pacific, 17% in Latin America and 18% in Africa/Middle East. 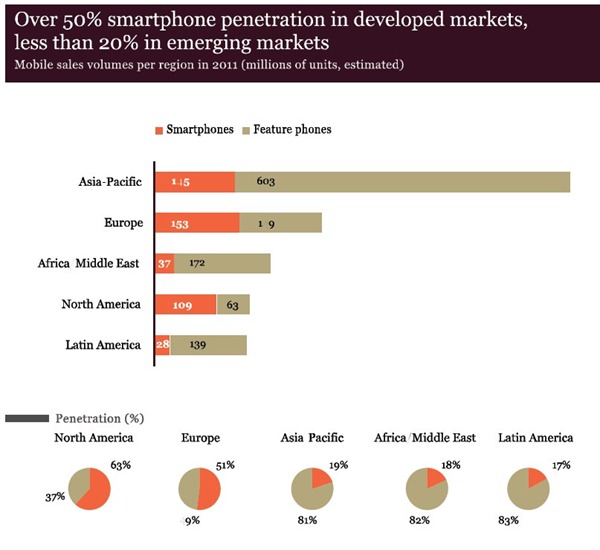 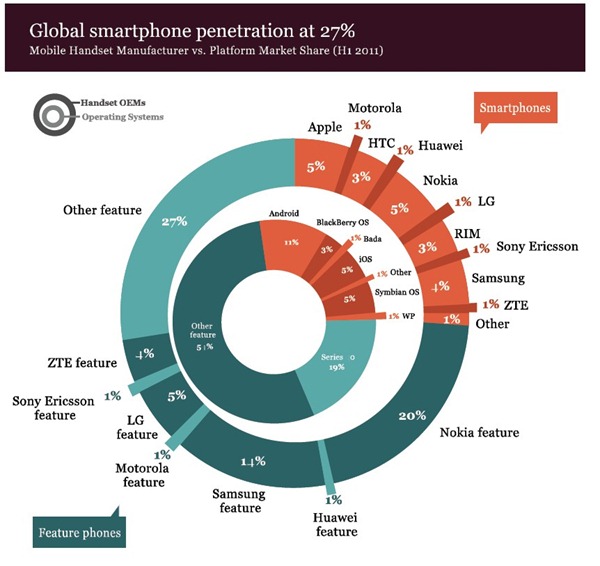 As clearly shown above, Nokia dominates in the feature phone market while Apple leads in Smartphone race. Though both the winners are facing tough competition in their respective markets.

Nokia, as per report, was sluggish to react over Apple’s move earlier on, and then it decided to go with Windows platform instead of Android, which made room for other vendors to play aggressively in smartphone market.

Apple’s iPhone, on its respective front, is exposed to severe competition from Android that has support from multiple vendors including Samsung, HTC, Huawei, ZTE etc., while Nokia’s low end dominance is being caught up by low-end android devices that can cost just US 100 dollars.

Report claims that Apple is potentially challenged in penetrating low-end developing markets as its profit margins doesn’t make it viable for the company to sell smartphones at lower price, unlike Android. Though Apple has recently started offering considerable discount on old iPhones but those offers came with yearly contracts for postpaid subscribers, something Apple can’t practice in prepaid markets. 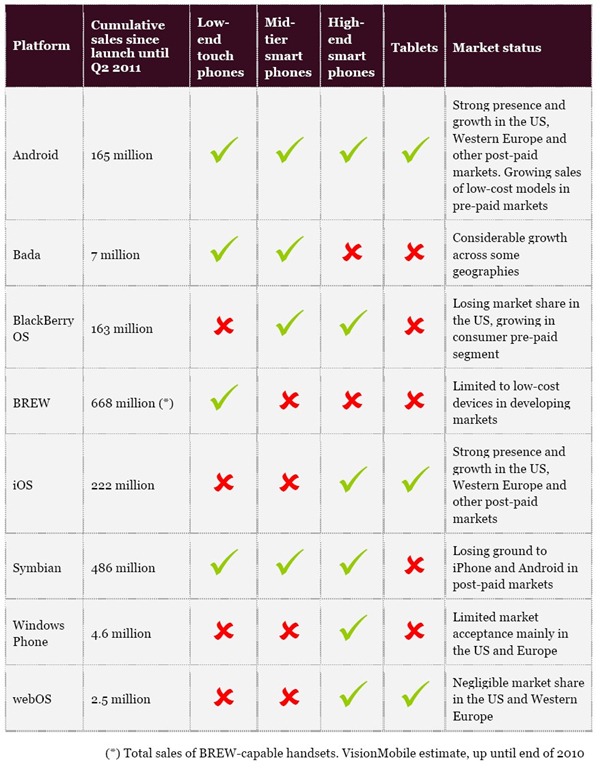 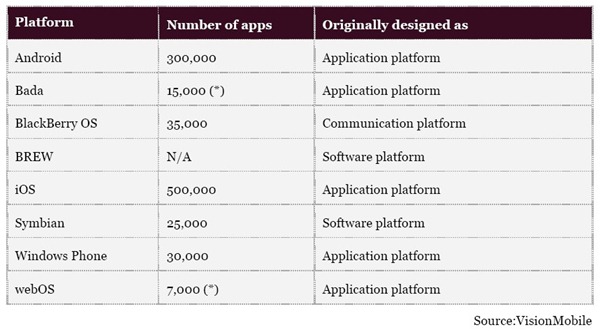 You can download complete report, which further discusses the mobile brands, their market positioning and business strategies in detail. Here’s the link.