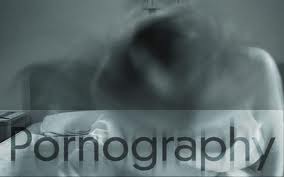 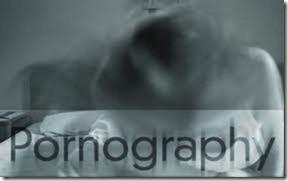 A recent survey conducted by Nielsen group concluded that the majority Youth of Pakistan are deeply frustrated and feel abandoned by the government. As more and more urban centers of our country, which hold the cream intellect of our nation, get connected to the communication networks the epidemic of Pornography grows.

In light of growing socio-economic pressures & eroding religious and moral values our strength our youth could well be on its way to a Demographical as well as Social/Morale Disaster.

The recent report commissioned by the British Council revealed that an overwhelming majority of young Pakistanis say their country is headed in the wrong direction and only 1 in 10 has confidence in the government. They are now entering a work force in which the lion’s share cannot find jobs, a potentially volatile situation if the government cannot address its concerns.

The despair among the young generation is rooted in the condition of their lives. Only a fifth of those interviewed had permanent full-time jobs. Half said they did not have sufficient skills to enter the workplace. And one in four could not read or write a legacy of the country’s abysmal public education system, in which less than 40 percent of children are enrolled in school which is far below the South Asian average of 58 percent. The study interviewed 1,226 Pakistanis ages 18 to 29, from different backgrounds across the country, in March and April earlier this year.

The combination of this increasing frustration among youth of our country and their growing access to World Wide Web and information unchecked is driving the youth of this country in a disastrous direction. In order to understand the growing epidemic of Pornography we need to consider the following information about this industry which sheds light on the magnitude of this growing problem:

The pornography industry is 1 – 10th of the World’s Oil Industry and let us not forget that oil is used in everything.

The above mentioned statistics are just some of the many that are available, this Information might vary in case of Pakistan due to our different social-economic and cultural condition yet we have to admit this fact that Pornography has started and gained a strong hold in the Pakistani society. There are numerous Public markets in major cities of Pakistan like Karachi, Lahore & Rawalpindi where this heinous trade is taking place.

Apart from this as the Teleco penetration increases and more and more people get access to faster more reliable means to gain information, especially the internet, this epidemic promises to pose a great threat to our society if allowed to go unchecked.

As we can clearly see from the Statistics above that internet has proven to be a huge medium of transfer for this industry therefore measures need to be taken to ensure that Young ones, and Adults alike, do not have open access to such information. Blocking their path is one way, a short one I would say. Real need of the time, for the long run, is the awareness.

We need to educate parents to make sure that they monitor activities of their children while they are using internet or mobile phones. These awareness campaigns should not focus on urban areas only, but those masses in rural regions should be educated as well. Awareness is all we can spread to sustain as a society with moral values. For the purpose, a large scale, government funded and supported by private sector, campaign is severely needed.

Broadband companies need to develop Corporate Social Responsibility campaigns condemning this trade and they need to make sure that they take all measures to stop this process of degeneration from spreading.

The government also has heavy responsibility on it because it is the government which needs to develop policies which can obstruct the trade & sharing of pornography.

Let us not forget that the worth of a civilization is not the tall buildings, roads and the economy they construct but in fact it is their religious belief, their morale values, their civic dealings, arts, culture and their ability to bring up good human beings not animals which are driven by their desires. If we fail to provide the youth of our country a strong religious and morale basis we will only end up raising a generation which is not only frustrated but also ethically and morally lost.