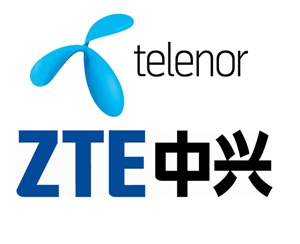 Telenor Pakistan has reportedly decided in principle to get ZTE’s services for replacing its entire access and core network infrastructure throughout the country.

After this contract ZTE will become sole vendor for Telenor Pakistan to setup, maintain and run all its network, which will include 3G rollout in coming years.

Exact value of the contract is not revealed so far as the modalities of contract are being worked out as of now, however, we are likely to get an update on this through official announcement planned soon.

Exactly like we have mentioned before, NSN after losing Telenor’s contract is left with no other work in the country except for minor chunk in PTCL and Mobilink. It had already started lay-offs, but loss of Telenor project might result into possible closure of NSN operations in Pakistan, but nothing can be said with certainty at this point of time. It merits mentioning here that Saad Waraich, country director for NSN is also rumored to quit his job by month end.