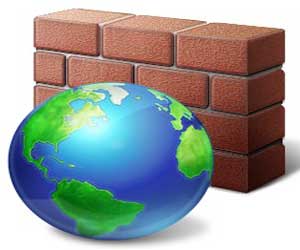 As the advertisement by the National ICT R&D got published in the leading newspapers recently, seeking solution providers for URL level blocking and filtering of “objectionable” material on the internet, the debate on internet censorship has been widespread amid civil society activists expressing doubts over authorities’ intentions to limit internet freedom for public on political grounds.

Majority of the people support the authorities to block obscene material on internet for protecting society – particularly growing up students from the menace; whereas there are people who have expressed their reservations over the mechanism of this plan that may be exploited for massive censorship to suppress the public freedom of expression in case of any political opposition.

Before starting discussion we want to let you know that ProPakistani supports this national level, centralized, URL filtering system – having said this, we will oppose any censorship, for any medium, based on political grounds. We also believe that people of Pakistan are free to express and have all the abilities to stop any censorship efforts, if ever made.

What this National Level URL Filtering will do?

This highly hyped URL filtering system is an effort to centralize the blockade process of adult websites, which is currently being done manually at individual level by ISPs. So theoretically there’s nothing new. No new rules, no new policy.

Its just the enhanced form of making those websites inaccessible which are of adult nature.

Currently, PTA regularly sends a list of URLs to ISPs to get them blocked. ISPs in return block these websites through their own means using their own staff and resources.

After National level URL filtering system in place, this current procedure will be replaced with a centralized team taking care of blocking websites at international gateway level, eliminating the resource loss of ISPs.

Again: By definition there’s nothing new being implemented.

Why Adult Websites are Blocked?

You might ask me, especially if you are not from Pakistan and aren’t familiar with the background of the case, that why adult websites are blocked in Pakistan?

To recall, there was this verdict issued by Sindh High Court (SHC) in October 2011 to PTA to get adult websites blocked. Based on which Pakistan Telecommunication Authority (PTA) directed all Internet Service Providers (ISPs) to block 1,000 explicit sites in the first phase.

The high court issued its verdict after hearing of a petition filled by Syed Iqbal Kazmi, who submitted that obscene material, websites were easily available on the internet, which are spoiling our youth and social norms.

Besides a long struggle was seen by a 15-year-old 9th grader, Ghazi Muhammad Abdullah, who had repeatedly written letters to the Chief Justice, Minister of IT and PTA to take notice of the adult websites, which were easily and freely accessible in Pakistan.

These were merely two cases raised properly and highlighted in the media but the demand was backed by and large all parents and educated people regardless of ideology and liberal and conservative divide as a matter of fact the repercussions of explicit websites are destroying our society moral values and increasing heinous crimes.

Courts’ rulings are primarily based on constitution, evidences and arguments presented by the parties. To further add, Pakistani courts are independent. Unlike in many countries, Pakistani courts aren’t influenced by the Government or mafia groups. This is evident from facts that court has indicted Prime Minister of Pakistan, while in another ongoing case intelligence agencies are being questioned by judiciary.

So if you don’t like a decision, very fine, its your right to oppose it. In addition you have every right to try reversing the decision, but there’s a procedure to follow.

File a review petition, its simple, go there and request for a review. Doors are open. But once a verdict is issued, try respecting it.

This is exactly like France banning veil. It was state order, based on their constitution. Anyone living in France will have to follow it – regardless of his/her objections over ruling. If one can’t (or doesn’t want to) follow the ban – she’s free to travel to a country where veil isn’t banned. Simple as that.

As mentioned above, due to high court order, PTA was bound to get the orders implemented.

Initially order to block websites having obscene content was followed by all ISPs, Broadband operators, Cellular Operators, LDI Operators but the mechanism was manual and could be breached through software/proxy websites.

A meeting held at PTA headquarters on October 27th 2011, according to a document made available to ProPakistani, the authority and ISPs, Cellcos, Broadband and LDI operators attended the meeting.

They believed that the blockade should be expanded to 171,000 websites, estimated to have explicit content but it needed a foolproof system to be deployed as a comprehensive solution.

The authority and all service providers after consensus had been on the same page to block all such websites at international gateway level, that is, at the end of IP backbone (PTCL and TWA) through National Filtering and Blocking System/Solution.

There were two proposals tabled – one was to buy an imported solution from foreign companies, which could cost around $2 and $10 million initially and then maintenance cost with recurring charges every year.

PTA, however, decided to provide opportunity to universities and local firms for developing a proposed solution, which the National ICT R&D will supervise and finance because all of its budget is generated by telecom operators and IT companies.

Secondly, authority and all stake holders there in meeting thought that an opportunity should be given to local talent for unleashing their potential through development of state-of-art solution.

Activists, I wonder what they specialize in, are up against the URL filtering system with following objections:

Here are my responses to above mentioned points:

Uncensored Internet is so rare:

You will have to agree with me that completely uncensored internet is a rare luxury to have. Every state/country has standards and rules (based on its ideology and social norms) for restricting its internet users from viewing specific content.

Even developed countries like USA, UK, France and others consider censorship of topics that are held to be antithetical as accepted societal norms. For instance censorship of child pornography, hate speech, hate crime, terrorism, violence against people, animals, or property, etc. is globally practiced.

These countries, however, allow pornography after certain age, unlike our religion which doesn’t allow it all.

Similarly, any material on internet for denial of holocaust is considered criminal – in at least two dozen countries.

Hence, if I may speak frankly, uncensored internet is quite impossible to find.

Adult websites are blocked in Pakistan (though its not fully implemented, and this is why National URL filtering system is needed), just like they are not allowed in other forms of media. For example you won’t find adult material on TV just because PEMRA wouldn’t allow it.

National Firewall will slow down Internet in Pakistan:

Technically speaking it will impact. No doubt about it. Latency will increase – but it’s the architecture of firewall that will exactly determine the size of delay the firewall will cause.

Technical experts, I have spoken with so far, are of the opinion that impact can’t be gauged at this point of time. They agreed that mission critical assignments (those that can’t afford delay of milliseconds) will be impacted for sure. For general internet user there won’t be any change in life.

Will Pakistan get negative publicity due to this censorship?

Of course yes, due to those attention seekers, who like to be called liberal and activists, running to western media to oppose this blocking system. They are already calling it Great Firewall of Pakistan, according to some, even without reading the RFP (request for proposal).

Western media is always looking for stories against Pakistan, due to reasons obvious to everyone, and how shameful that we ourselves twist the facts to give them the opportunity.

Let’s take the example of Facebook ban last year. Pakistan could easily tell the world that banning Facebook was due to Facebook’s discriminatory behavior and its clear support for the Drawing content.

Pakistan could tell the world that Facebook violated its own TOS, which clearly mentions that hatred speech isn’t allowed. It could tell the world that this country has a blasphemy law (just like so many other countries have their own format of blasphemy laws) that bounds the authorities to get this content banned to the people living in the state. Anyone outside is of course free to access it.

But it didn’t happen this way, in fact these same activists went to western media telling them how miserable their condition was because they couldn’t access Facebook. Even our Chairman PTA couldn’t defend the ban and said that authority simply executed the order passed by court – authority (is so noble and it) has nothing to do with the decision. I mean come’on sir, you could defend our dignity.

Yes they can! But remember, we are only assuming this. Like I mentioned above, internet blocking is already in place – but did you see any website getting banned based on political grounds? One example of a ban last year, which is being referenced by everyone, was due to a technical glitch at Mobilink Infinity.

Yes, there are websites blocked – those advocating for freedom of Balochistan. Which I believe is a matter of national security and is being dealt with diligence.

You will agree that Pakistan is a free nation and Pakistanis are free to say anything against anyone, without involving national security and religion.

Pakistani media is free and private. You will see Kamran Khan shouting against ruling party every night. And he will stay this way – just because we are free.

I myself criticize government so heavily that once I opined of throwing Rehman Malik under the bus.

Don’t worry guys, if you can get Maya Khan out of a show, then you can also stop any censorship efforts by government – just like you stopped SMS fileting.

Decision was made to get ICT R&D fund involved because government wanted to give opportunity to local universities and local firms for the this sophisticated deployment.

Instead of buying a solution from abroad, it was best option to avail indigenous resources.

Room for betterment in any implementation is always there. The process of blocking adult website could definitely be enhanced. Here are few proposals from ProPakistani

There is a dire need of consensus on this issue required, particularly over the assurance that the proposed system will not be misused politically reasons.

The National ICT R&D consists of representation of private sector as well, which can monitor the systems utility in future also and raise objections if National URL Blocking and Filtering System is exploited or misused.

A committee could be constituted with members inducted from government, private sector and rights groups that can monitor the working of the system in future.