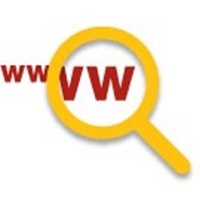 Controversial URL Filtering System that the government of Pakistan is planning to implement (for blocking obscene material on internet) is going to get reviewed before implementation, we have confirmed with sources.

According to details we have got, a committee comprising of various ministries, Telecom and IT bodies, PTA, ICT R&D Fund and others are likely to meet soon to review the entire procedure of centralized URL Filtering System, mainly to bring transparency in the whole system of blocking obscene content on internet.

A source well familiar with the situation told ProPakistani that review process is likely to bring the consensus for URL filtering system to make sure that all stakeholders are on the same page. He hinted that government is aware of concerns raised by stakeholders, especially about making this filtration lot more transparent.

Source ruled out any possibility of not implementing URL fileting system, however, formation of regulation and a proper policy making is in the pipeline before the URL filtering system is implemented.

A source in ICT R&D fund, on condition of anonymity, revealed that RFP might not be floated again. He said that tools are going to remain the same, however, usage will depend on what government will decide in coming days.

Internet activists earlier had opposed the URL filtering system, saying it could pose a serious threat to free accessibility of information on internet. They are of the view that government could block websites based on political reasons in the name of obscene material. They had demanded government to withdraw its plans of implementing centralized URL filtering system.

While others said that URL filtering system needed more transparency. They were of the view that system should be made more transparent to make sure it isn’t used for political reasons.