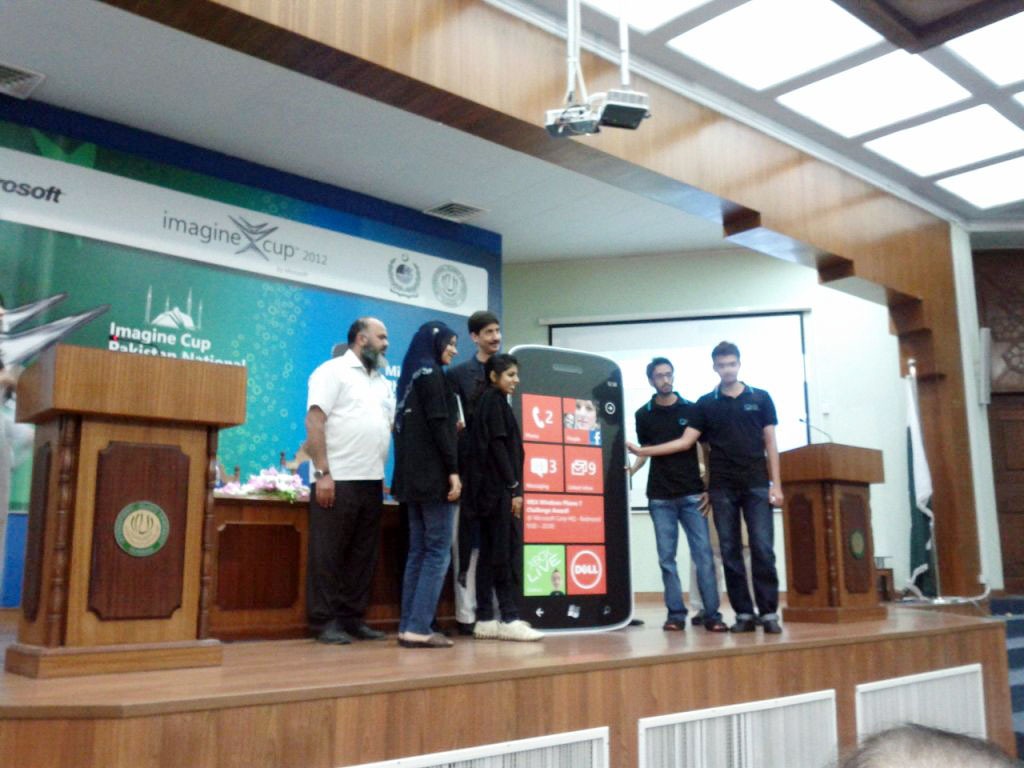 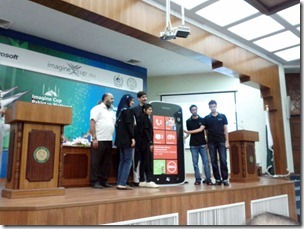 Bringing together the sharpest minds in the field of technology, Microsoft Pakistan, in partnership with the Higher Education Commission (HEC), hosted the local finals of the Imagine Cup.

This is the world’s premier student technology competition, where all eligible students use their imagination and passion to create a technological solution. Marking its tenth year, Microsoft is holding the Worldwide Finals of the Imagine Cup in Sydney, Australia early July.

The local leg of this nail-biting competition was held at the Islamic University, Faisal Mosque Campus, Islamabad, where Team CELOKS proved to be the lucky winner, chosen to represent Pakistan in the Worldwide Finals in Sydney. Their project SEED was about donating left over food to the needy through Windows Phone Application.

Regional finals for the Imagine Cup were held in the HEC regional centers in Karachi, Islamabad and Lahore, with 46 teams getting a chance to showcase their completed projects to a diversified panel of judges from the academic and professional sector. The projects were discussed, students questioned, ranked and ultimately a total of 12 teams were selected for the final.

The Executive Director, HEC, Dr. Sohail Naqvi emphasized, “For Microsoft and HEC, this is another opportunity for us to highlight our commitment to supporting student talent in technology development to create advanced IT skills across the region.” Microsoft has a long-term commitment to support Pakistan in developing IT education through the provision and promotion of most modern technologies and methodologies.

In addition to the Imagine Cup, the MEA (Middle East & Africa) Windows Phone 7 Challenge sponsored by Dell Corporation was also held on the same day in Pakistan for the first time. Three teams participated, two from Pakistan and one from Egypt, where entries were received to develop Windows Phone 7 compatible applications. It is a moment of great pride that out of 79 countries, students from Pakistan have bagged the first spot.

Through supporting such initiatives and by furthering student competitions in the country, the HEC played a vital role in making the local final of the Imagine Cup competition a success. Speaking at the occasion, Kamal Ahmed, Country Manager Microsoft Pakistan said, “Microsoft hosts this competition each year in different countries, the idea being that today’s advancement in technology along with the imagination, passion and creativity that students have, can light up a better future for the generations to come.” The campaign kicked off in October 2011, where students from the public and private sector universities participated very enthusiastically: a total of 11000+ registrations were seen during the first three months.