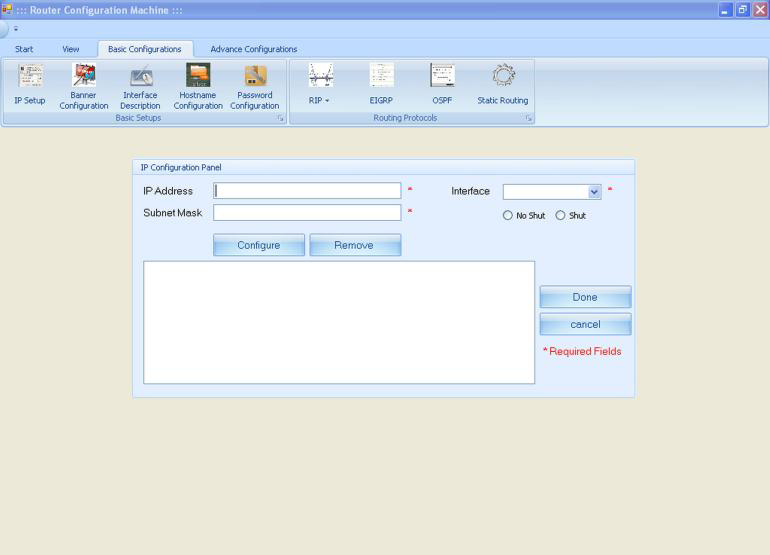 Ilyas Ghichki, Obaid Shakeel, Muhammad Nabeel and Syed Tabish Abbass from Telecom department of Sir Syed University developed this software as their final year project which, according to them, will simplify the process of configuring routers – that are essential part of today’s computer networks.

Ilyas Ghichki, while speaking with ProPakistani maintained that system has been tested and implemented successfully for different series of Cisco routers.

Ghichki told me that command line interface or even the graphical user interface that comes with Cisco devices is hard to understand, making it tougher for network administrators to remember the command or usage. He claims that this first of its kind solution will ease down the process of network configuration.

The Cisco IOS software, operating system for routers, is a complicated real-time operating system consisting of multiple sub-systems and tens of thousands of possible configuration parameters on command line, which are hard to remember resulting into potentially high rate of error in configuration and maintenance. Cisco offers certifications to those who gain expertise in router configurations for designing a computer network.

Developed on Visual C# .NET, this software provides GUI platforms for various types of configuration for entire series of Cisco routers. It includes the configuration for all interior routing protocols and all types of most common used tools for large scale routers, especially those that are deployed at ISPs.

Illyas said that this was a final year project, but they have plans to enhance the functionality before floating this software into market for commercial usage.

Below are few screenshots of the software. 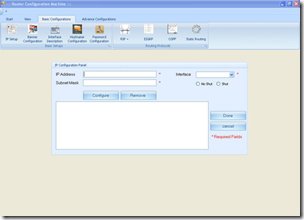 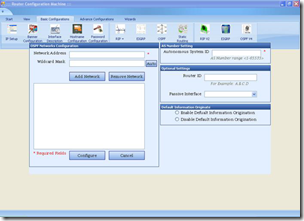 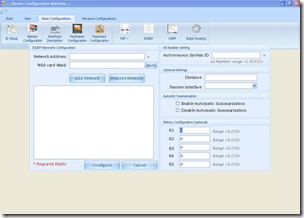 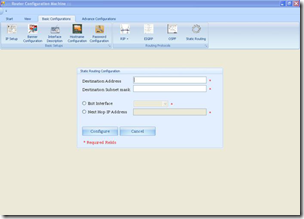