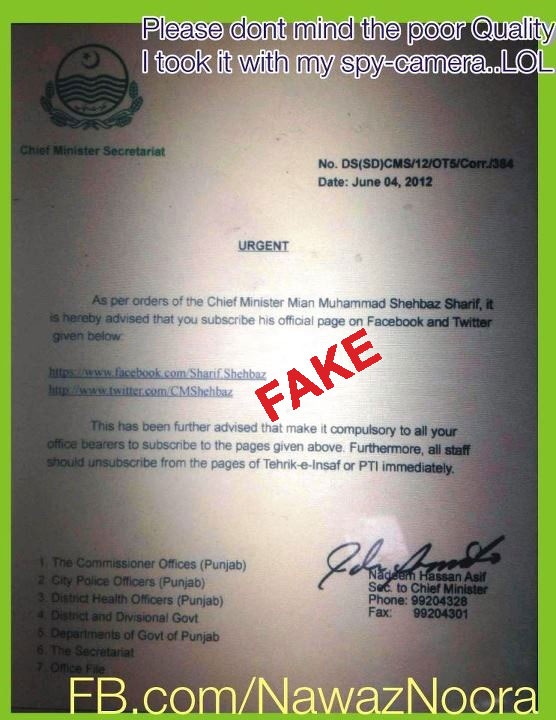 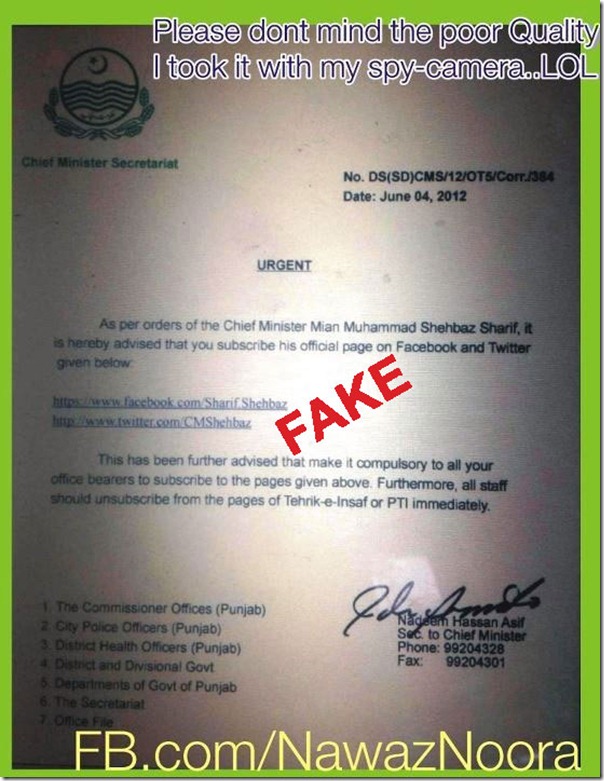 Asad Ibrar, director co-ordination at Chief Minister Secretariat told me that this letter is fake. He explained that someone is tying to defame Punjab Government by faking official letters, which is criminal offense.

Mr. Asad maintained that original format of CM Secretariat letters is different than what is produced by opponents of his government.

Flaws in the letter:

According to Chief Minister Secretariat, the letter circulating over internet has following flaws:

Chief Minister Secretariat has launched an inquiry to find out who had originated this fake letter. CM House said legal action could be taken against the culprits. 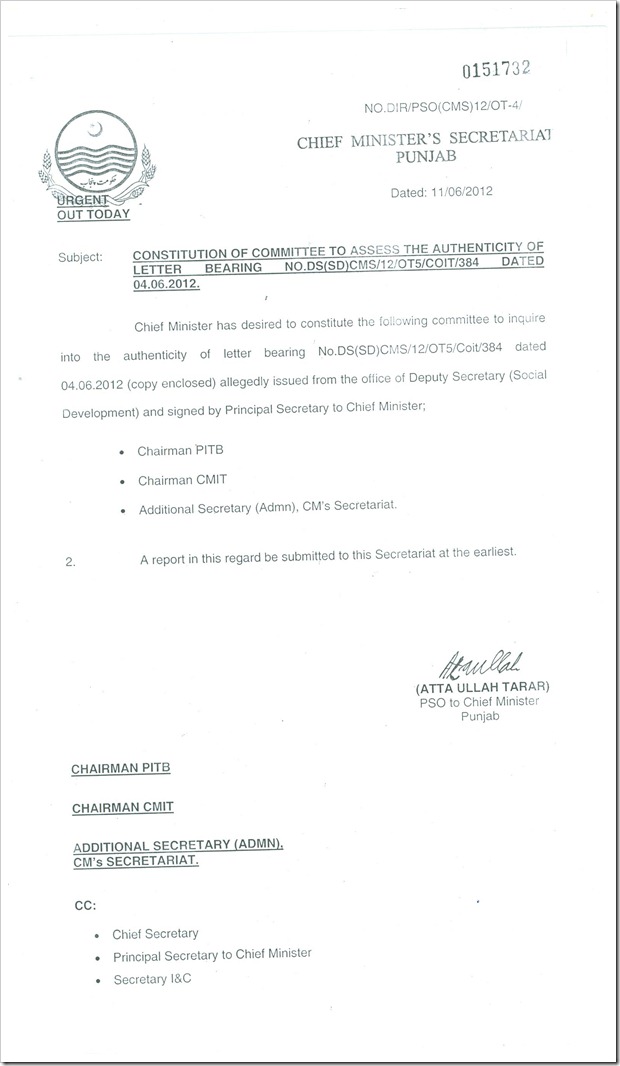 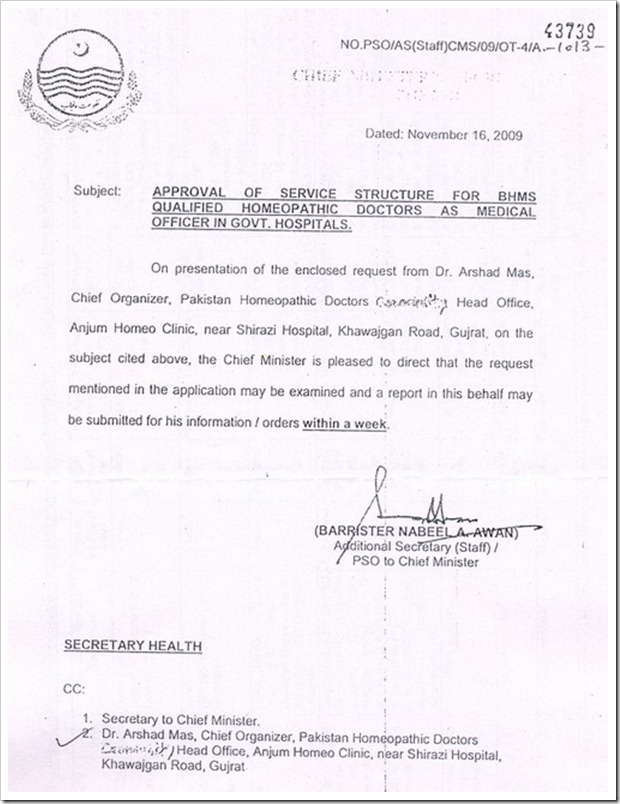 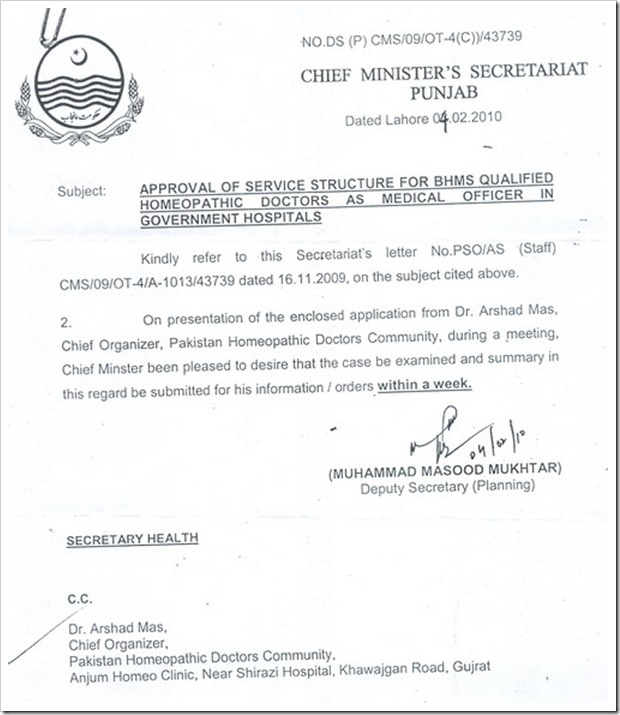 Letter head and letter format of Chief Minister Punjab is as following: 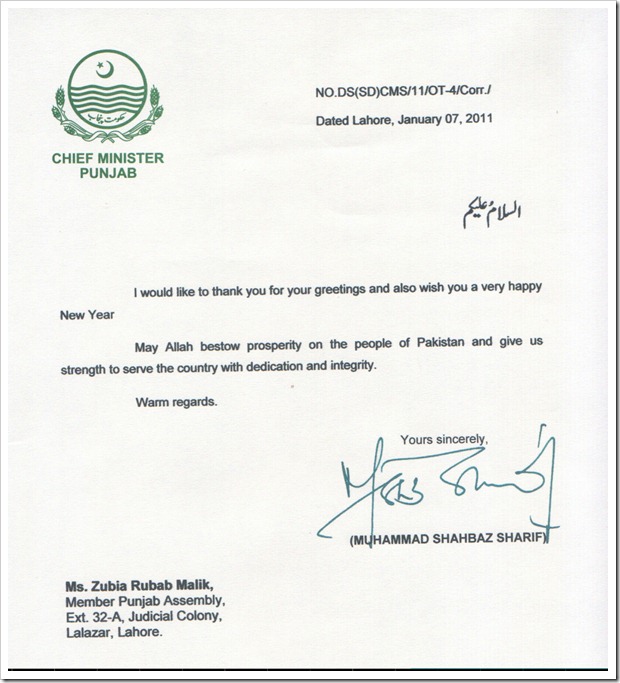 It is feared that more photoshopped letters are likely to surface as political parities are quickly embracing internet and computer technologies. However, they should keep in mind that technology is usually the most transparent form of transaction that humans do and that get caught easily.

It merits mentioning here that Express Tribune published a story on June 5th, (probably based on above given fake letter) alleging Punjab Government for directing its officials to subscribe to Shahbaz Sharif’s Twitter and Facebook pages.

Interestingly, this story has been removed now from ET website but a Google’s copy of cached page can be seen here.