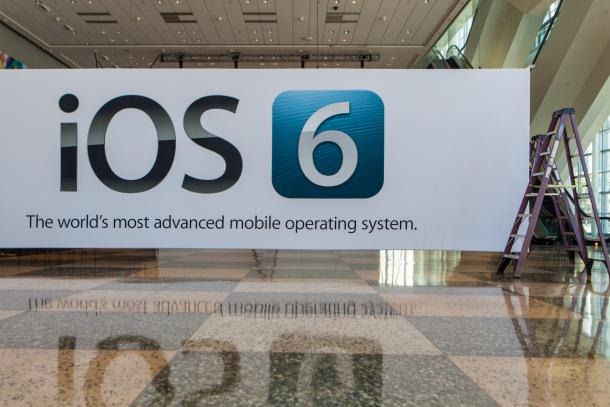 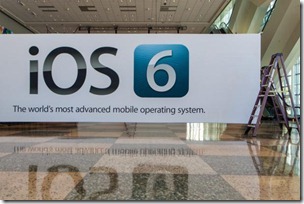 At the WWDC 2012 event, the second most important announcement Apple did was that of iOS 6 which brings 200 new features. The devices supported are iPhone 3GS, 4, 4S, IPod touch 4th generation, iPad 2 and the new iPad and iPhone 4S and new iPad will get the most features.

A beta version has been released. Here are the main highlights of iOS 6:

You can ask Siri about sports, movies and restaurants. Siri can now launch apps and you can also tweet using Siri. Apple also announced that it is working with several car manufactures to put a Siri button on the steering wheel which will allow the user to use Siri without holding the phone. It can also update your Facebook account.

But the most important announcement was the featuring of Siri in the new iPad in iOS 6.

iOS 6 now integrates your device heavily with Facebook now. with iOS 6 you will be able to share photos, web links and updates from Game Center with ease. iOS 6 also allows you to post to Facebook (and twitter too) right from Notification Center.

Apple has added a like button to Appstore and ITunes so now you can know what stuff the other people like. The Facebook contacts now appear in Calendar and Contacts as well.

Phone app allows you to reply with a quick message to the person calling you when you can’t receive the phone. Another option will remind you when you’ll leave a place to call the person.

A new feature demonstrated is the ‘Do not disturb’ option which can silent the phone. It can be customized to allow recurring calls in case of emergency.

Facetime video calls can now be done on cellular networks. Facetime can now use your Apple ID and your phone number to allow you to receive the incoming call on your iPad or Mac. The same can be done with iMessage as well.

Safari now uses ‘iCloud Tabs’ which means you can now browse just where you left from any of your iOS devices. Safari in iOS 6 now the whole web pages so that you can read them later whenever you want even when you aren’t connected to the internet. Photos can now be uploaded right from Safari on the web.

This feature allows you to share photos very easily. You just select and share your photos using photo streams and you friends on iOS devices can and view them. People can also comment on these photos. These photos can be seen on the television using Apple TV, on Macs using iPhoto and Aperture and on Windows PC through the web.

Apple has added a new option ‘VIP’. This will allow emails from important people to appear into your locked home screen. These emails get separated in your mailbox. Photos and videos can now be added on your composed email windows and Office docs can now be opened on your iOS device.

Passbook is a brand new app which takes all your movie tickets, store cards and boarding passes and puts them all in the Passbook app. The app also updates your cards and passes.

Guided Access is another new feature. It allows the user to lock the app onto the screen so that the app cannot be closed and certain areas of the screen can’t be touched. It also disables the home button.

The Maps are now better-looking and integrated with Siri. Turn by turn navigation is now supported. The maps update themselves to tell you about traffic jams, incidents etc. But the most exciting is the Flyover. It allows you to see the major metropolitan areas in 3D models which look stunning.