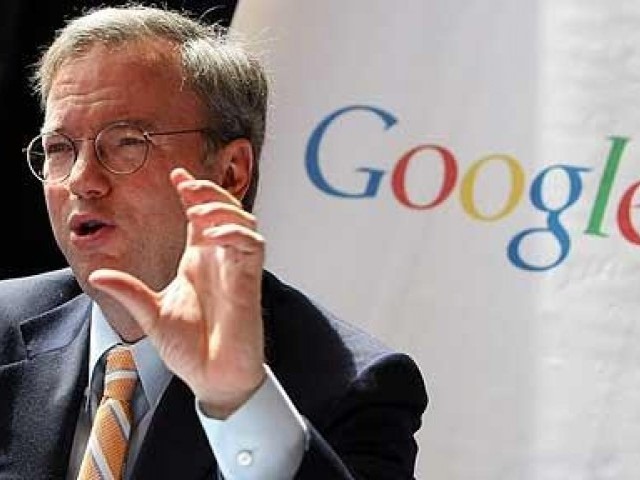 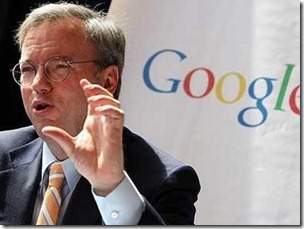 Eric Schmidt, the executive chairman of Google, who recently visited Pakistan has expressed his thoughts about Pakistan – based on facts he learned during his two day visit to Pakistan last week.

Without mentioning much about what he achieved or wanted to achieve from this visit, Eric wrote a note on his Google Plus page narrating the potentials and problems of Pakistan.

As mentioned above, Eric decided not to reveal any of the details about his meetings with top leadership of Pakistan during this stealth visit, neither Google has issued an official statement so far – something that Pakistani media has been demanding since he departed.

Eric’s Below note about Pakistan is very constructive and well observed – I would say – which could win him a lot only if Eric was a Journalist/reporter. As an executive chairman of Google, an internet evangelist and top preacher of open web, we had different expectations from him. But that’s okay – what he wrote is worthy as well.

Read below what Eric had to say about Pakistan on Google Plus page:

Pakistan, a Muslim country, has spent about half of its independent life under military governments. Today, Pakistani leadership celebrates the ruling coalitions success in almost finishing the first five year term in history (previous leaders indicted by the courts, assassinated by extremists or brushed aside by the generals.)

In meetings last week with the senior General, Prime Minister and the Foreign Minister, they made the case for a new and updated image of Pakistan: one of the largest democracies in the world, with a vibrant and open press, an upcoming demographic dividend of hardworking young people, and a highly educated elite leadership of the country.  Islamabad and Lahore, where we visited, were relatively safe and certainly safer than Afghanistan.  It was clear to us that Pakistan has an image problem.

Pakistan also has a power problem, as in electric power.  Power is now off two hours out of three all day and all night.  Estimates are that the country has enough generation capacity (hydro and oil based) to handle all the load, but corruption, power stealing, poor payment rates and the classic mistake of underpricing power compared to its real generation cost means that industrial production is threatened.  Everyone of means has a UPS, and the air-conditioning seldom works on a 45 Celcius day.   Our meetings often were literally in the dark, a common enough occurrence that people did not even remark about it.

Pakistanis are on their way to full mobile penetration with more than 110 million users, and all effective political communication programs now rely on SMS.  3G licenses are underway and the start of a real software industry can be seen.
Against this backdrop, another side of Pakistan emerges.  The consensus is that the military drives the foreign policy of the country with unforeseen consequences.

Alleged use of extremist groups to fight in Kashmir enables a criminal element to flourish, and the hosting of the Taliban in the autonomous regions (called FATA) to the north and west in the mountains turned an ungoverned area into a very dangerous area.  The Army Generals explained the difference between fundamentalism (which they support) and extremism (which they fight), and the political leadership explained that the extremism now comes from “seminaries” where youth are indoctrinated, housed and fed in the rural areas where there are no opportunities at all.

Until recently a strong US ally, Pakistan is now on very good terms with China, and has improving relations with India (with whom they have had three wars.)   The development of a nuclear stalemate between India and Pakistan seems to have forced them to pursue accommodation and trade is now increasing rapidly.  The press are generally hyper-critical of the United States policies in the region and take the view that the India-US relationship is driving much of our countries behavior.

The drone strikes are universally condemned as a violation of sovereignty and their constitution and are subject to much negotiation between the two countries.  The bin Laden raid is viewed with strikingly different perspectives in the two countries.
The son of the chief of the Supreme Court is under investigation for corruption, and the media in turmoil after the appearance of staged interviews.

In return, the Supreme Court has ruled that the Prime Minister is unable to govern after he was sentenced to a 30 second (yes, that’s right) detention for failing to investigate a corruption case against the President.  The Prime Minister, so proud of the stability of the political system in his comments a week ago, is now the former-Prime Minister.  The lack of trust within the society weakens both the real and perceived effectiveness of the government on security, corruption and good government matters.

We met a number of impressive Pakistanis, none more so than Masarrat Misbah of Smile Again.  Every year, hundreds of young rural women have acid thrown on their faces by men as punishment for some dishonor, including being raped by the men who pour acid on her.  This horrific crime, which often leads to death or blindness, requires painful rehabilitation and rebuilding of the woman’s life.

Masarrat Misbah’s home in Lahore provides a temporary safe house.  The perpetrators, most often direct family members, are seldom prosecuted and almost never convicted of anything.  I will never forget the faces of these shy, young women so grievously injured in such an evil way.

Much of what people say and think about Pakistan is absolutely true for most of the FATA provinces (autonomous areas) and for Baluchistan. Pakistan’s image problem results from the fact that people outside the country believe the realities of North and South Waziristan and Quetta are reflective of what the larger country looks like. Islamabad and Lahore are certainly safer than people realize, unless you are a politician (many prominent politicians still suffer assassination attempts and threats inside these cities).

Pakistan’s major security challenge comes from having two many fronts. FATA represents a Haqqani network and Taliban problem, threatening the establishment in Islamabad. Baluchistan is a persistent separatist movement. Afghanistan is a threat because Pashtuns are allowed to go back and forth undocumented.  All of this, including India, is simply too much for a government like Pakistan to take on right now.

We ultimately see three Pakistans: 1) The places where the security issues are true (FATA, Baluchistan, parts of SWAT Valley, and Kashmir); 2) the rest of Pakistan for the average citizen, much larger than the first and which is reasonably misunderstood and relatively safe; 3) The politician’s and military’s Pakistan, which whether in FATA or Islamabad, is turbulent, unsafe, and complex.

There is a good case for optimism about Pakistan, simply because of the large emergent middle class (#2).  The country, vast, tribal and complicated, can follow the more successful model of India.  Connectivity changes the rural experience completely.. illiteracy at 43% can be overcome relatively quickly, and providing information alternatives can dissuade young males from a life of terrorism.  The well educated elite can decide to further reform the countries institutions to increase confidence in the government.  The war in Afghanistan, destabilizing to Pakistan in many ways, winds down after 2014 and buys time for Pakistan to address its real and continuing internal terrorism threat (more than 30,000 civilian terror deaths in the decade.)

Technology can help in other ways as well.  The power problem is mostly a tracking problem (tracing corruption and mis-distribution).  The problem of extreme crimes (like acid, or stoning) in poorly policed regions can be mitigated with videos and exposes that shame authorities into prosecution.  The corruption problem can be tracked and traced using mobile money and transparent government finances.  We met with clever Pakistani entrepreneurs who will build large, new businesses in Pakistan in the next few years and global multinational will locate sales and eventually manufacturing in the country.

The emergent middle class of Pakistan won’t settle for a corrupt system with constant terrorism and will push for reforms in a burgeoning democracy.  Here’s to the new civil society of Pakistan, who will use connectivity, information and the Internet, to drive a peaceful revolution that brings Pakistan up to its true potential.