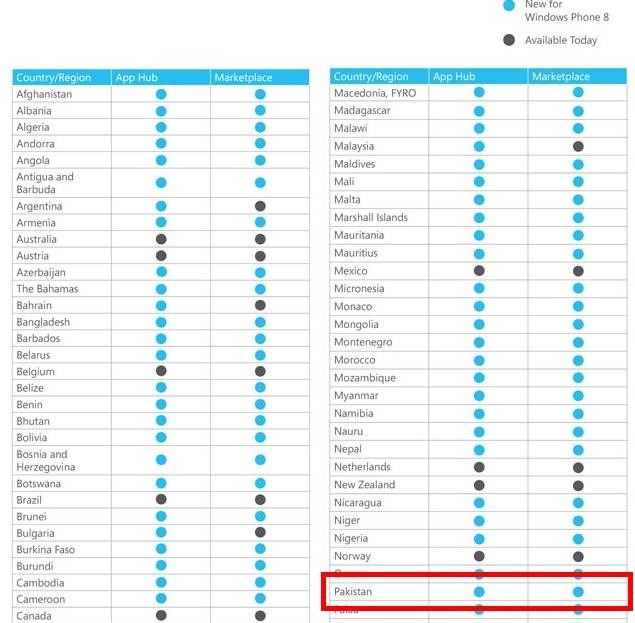 Microsoft recently announced the list of countries which can access its new Windows Phone 8 marketplace. There are total of 180 countries in the list, which shows that Microsoft is actively trying to increase its number of audience.

Good news for Pakistani audience is that our country is included in this list too. What’s even more interesting is that all of these countries’ developers will be able to make and submit apps on the Windows Phone marketplace – so if anyone among our readers is a developer, here’s a chance for you. 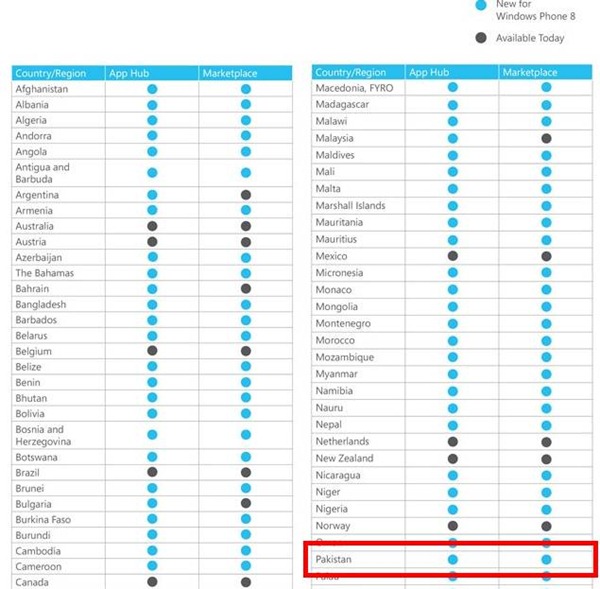 Currently, only 63 countries have access to the marketplace and only 38 countries’ developers can submit apps.

But this is going to change with Windows Phone 8 marketplace. The new marketplace will also bring the option of in-app purchases, something that was missing from the Windows Phone equation.

However Microsoft has said that this list is still not finalized and some changes might take place. We can only hope the name of Pakistan remains on the list.

Here is the complete list of countries which will get the Windows Phone 8 marketplace: http://windowsteamblog.com/windows_phone/b/wpdev/archive/2012/06/28/first-look-at-the-windows-phone-8-marketplace.aspx