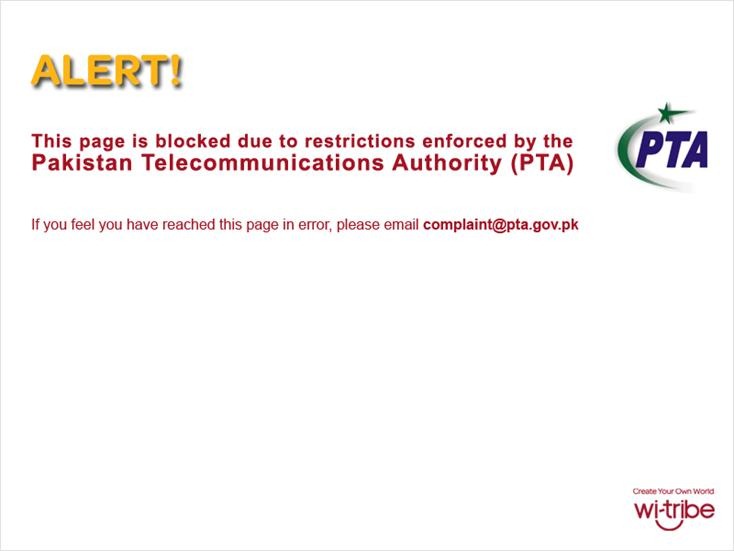 Pakistan Telecommunication Authority(PTA) that is known for blocking several sites with inappropriate content has come into action ones again.

This time, it has blocked a site by the name of alislam.org. The site was controlled by people of the Ahmaddiya community. According to reports that we are getting so far, the site was accused for blasphemy against the Holy Prophet (P.B.U.H).

The decision to block the site was announced today. On opening the website, a message appears telling the user of the blockade along with an email address for complaining. 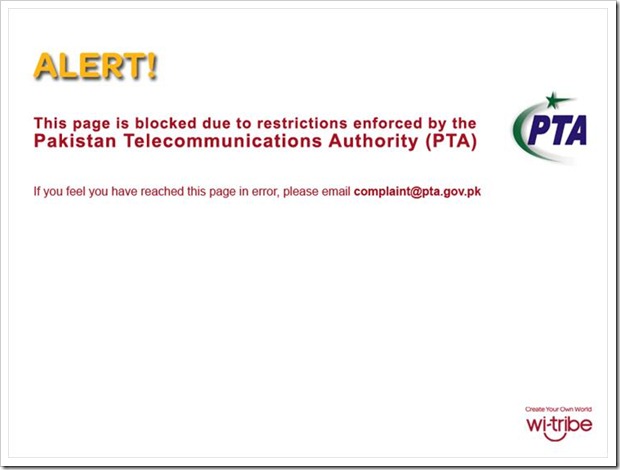 Currently, I can’t see any chances of the removal of blockade of this site in the near future but who knows what will happen especially after Farahnaz Isphahani (former member of the national assembly) tweeted following:

“Have taken up issue of blocking Ahmadiyya website with concerned officials in Pakistan.”

Of course banning of websites isn’t new in Pakistan because we’ve already seen a ban on thousands of websites including Twitter which was banned only sometime ago.

Just to add (to avoid any religious fight in comments) the process for deciding the ban on a website should be made more transparent by communicating the general public about the decision. If a website/URL is blasphemous in nature, sure – go ahead and block it. But the whole process needs plenty of refinement, such as:

We are likely to see outrage on this decision of PTA, which could be avoided if authority had detailed down the reasons for ban, any particular pages that were blasphemous or any content it had deemed inappropriate.