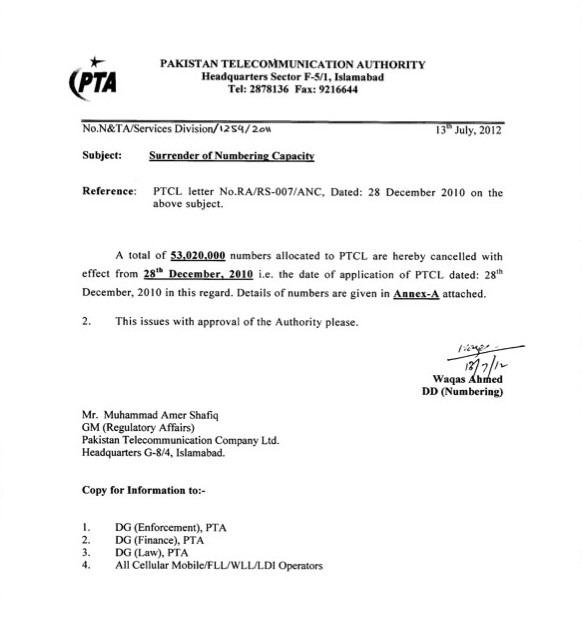 PTA has cancelled 59.6 million numbers allocated to PTCL, which the landline giant had requested to surrender in two difference instances back in December 2010 and January 2011.

In two different letters issued to PTCL (produced below), Pakistan Telecommunication Authority said that all the numbers that were requested for cancellation have been canceled.

It is unclear so far if PTCL will have to pay the charges for allocated numbers that remained allotted to it for 18 months, even after the company had requested the authority to cancel them.

A PTCL spokesperson said that company will not pay the charges, and might go to court if numbering charges are imposed by PTA.

Before cancellation of these 60 million numbers, according to estimates, PTA had allotted around 80 million landline and wireless numbers to PTCL. 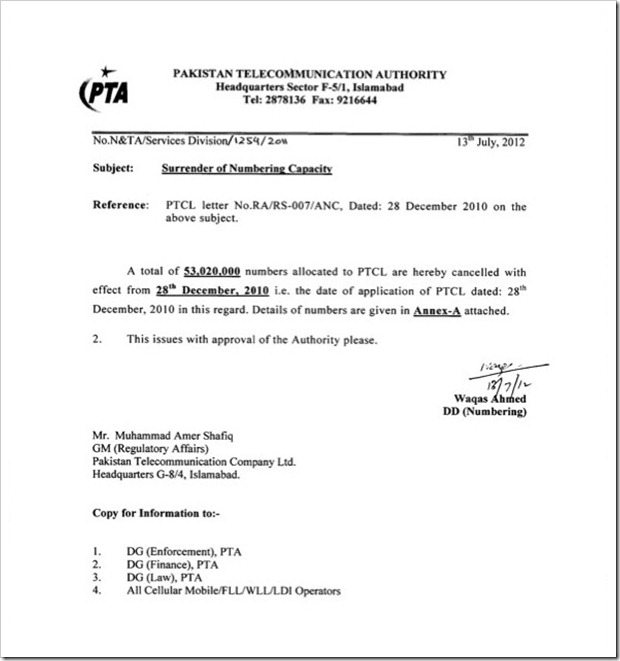 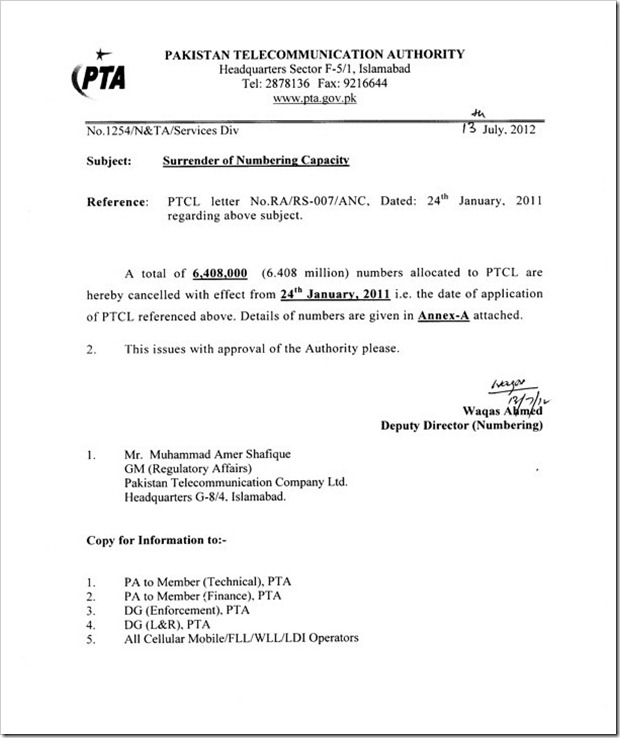 Thanks Basit Alvi for tipping