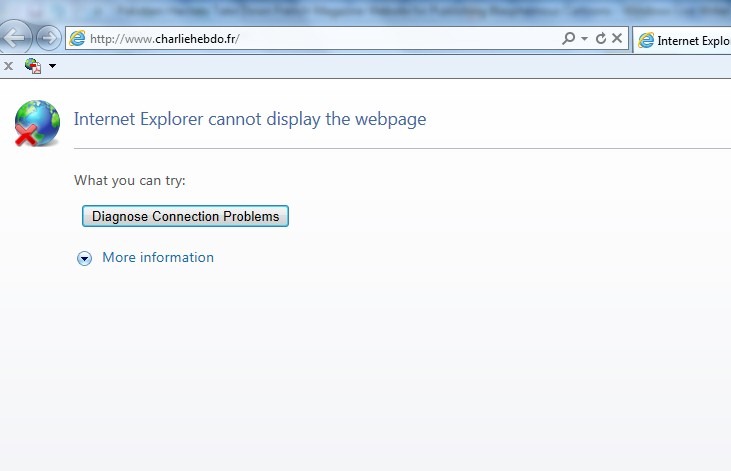 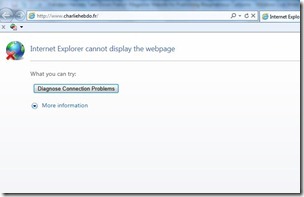 Pakistani hackers have taken down Charlie Hebdo website, a Satirical Weekly Magazine, which published cartoons of Prophet Mohammad (P.B.U.H) in its edition today.

Official website of Charlie Hebdo was immediately taken down by a group of Pakistani hackers, who claim to have targeted the website for publishing blasphemous cartoons.

Hacker group which calls itself “Guardian of Honor of Prophet SAW” told ProPakistani over phone that insult of Prophet SAW led them to take this extreme step.

Charlie Hebdo magazine website is currently showing “Website Inaccessible” message, which is apparently short of resources due to a DoS attack. “Guardian of Honor of Prophet SAW” group is confident that they can keep the website down for indefinite time, until they realize their mistake.

In an email communication a member of hacker group wrote to ProPakistani:

The movement has begun, it will rise from heart of every Muslim regardless of age, color, cast and creed, with an aim to preach the masses that Freedom of Speech for hurting the sentiments of Muslims across the world is simply not acceptable.

Dual standards are evidently shown when the free speech is about holocaust but the world least care when they put blasphemous contents about our Prophet SAW.

We will fight till our last drop of blood. We don’t promote violence, instead we peacefully put the down the website that had posted blasphemous content today.

We are ready to close down any blasphemous content published by any group using sophisticated TCP SYN attacks.

This move also shows the world that Muslims can protest in a more peaceful and technological way, instead of killing innocent people.

We are not a hacker organization or a group, We just demand justice for the hypocrisy that’s going on in the name of ‘freedom of speech’, If the government
is not taking any action against so called blatant freedom of speech, We will do whatever is necessary to stop the blasphemous content of our holy prophet, and the whole Muslim Ummah is behind us.