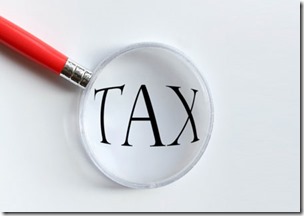 The National Accountability Bureau has said that the offence has been established in Rs. 47 billion tax evasion scam of telecom companies, whereas the Bureau is going to proceed against those involved in it.

Director of NAB’s Special Operations Zahir Shah told the sub-committee of the National Assembly Standing Committee on Information Technology (IT) that the offence has been well-established, evidence has been collected and inquiry into the case has been completed.

The crime has been committed and both sides are involved in the crime. When the committee specifically asked the Director NAB to explain what he means by both sides, he categorically stated – FBR officials as well as telecom companies.

The Director NAB also challenged the constitution of the Alternative Dispute Resolution Committee (ADRC) by the Federal Board of Revenue for reaching an understanding between the FBR and telecom operators on the issue of interconnection charges.

Briefing the committee on the latest status of the case, Zahir stated that the NAB analyzed all aspects before taking any action to ascertain whether such action is admissible or not. The NAB has completed its homework and opinion of experts has also been taken in the scam.

The Bureau has obtained all necessary documents required for the investigation from the FBR. The NAB has twice provided opportunity to the telecom operators to submit their statements. Similarly, the views of the FBR officials have also been heard and statements recorded.

Mr. Shah said the FBR is a national institution engaged in revenue collection. “We do not want to malign the whole institution as only a few tax officials have been involved in the tax evasion scam of telecom sector.” About 2-3 officers of the FBR have been considered as accused.