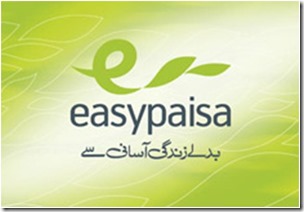 Easypaisa, on its third anniversary, announced that its customers carried away 83 million transactions valuing Rs. 178 billion in initial three years of service.

An event was organized in Karachi yesterday to mark the third anniversary of service, where Easypaisa also announced the launch of its long pending Insurance accounts.

With over 20,000 agents countrywide, Easypaisa said that daily transactions’ count reached 155,000 worth Rs. 363 million in 2012 for various kinds of functions mainly the funds transfers and bill payments.

Easypaisa said that it had over 1.1 million customers availing mobile accounts of easypaisa (Omni is said to have 350,000 mobile accounts), a facility through which Telenor customers can carry away Easypaisa transactions their cell phones.

Despite the international funding, Easypaisa has struggled in bringing innovation in the service. This, when coupled with strict branchless banking regulations and high transaction charges, has resulted into sluggish adoption of phone (and branchless) banking services.

Experts opine that Easypaisa, which has made an impression among un-banked masses, has failed to attract large scale transactions involving the banked class. Who could be brought to branchless banking zone if service had offered facilities like internet banking, debit and credit cards, investment and profit sharing banking etc.