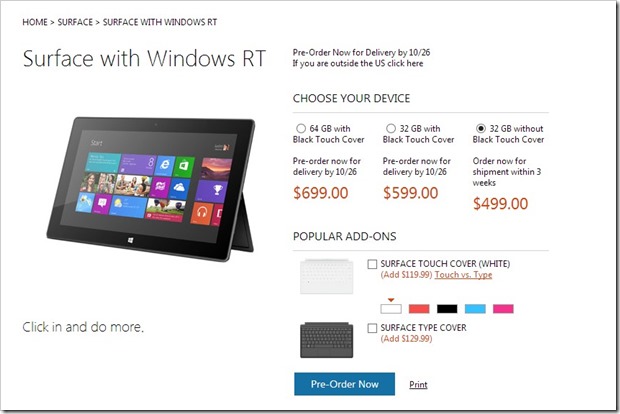 Microsoft today unveiled the pricing and specifications details for its Surface RT, scaled down version of Microsoft Surface Tablets, which will be available later this month starting October 26th, 2012.

Keeping its promise, of making Surface RT available in line with competition prices, Microsoft said that 32GB version of Surface RT will be available at USD 499, same the price of competition tablet from Apple.

There are three versions of Surface RT, for which Microsoft is already accepting pre-orders, for which following are the pricing details:

Microsoft has said that Surface with Windows RT will work exclusively with apps from the Windows Store, just like iPad that works with apps from app store only.

Here are the specification details of Microsoft Surface RT Tablets: