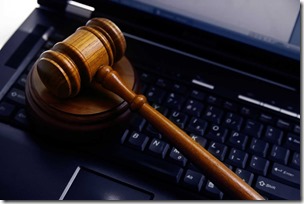 We have repeatedly talked about the horrific situation in Pakistan that is run without any cyber law, that not only propagates the cyber crimes but is also a sole reason of hindrance for e-commerce and internet payment gateways in the country.

Technically speaking, you can’t be prosecuted for committing any cyber crime. FIA (Federal Investigation Authority) has openly said in the past that they can’t investigate any cyber crimes since there is no law in the country to keep check on cyber offenses.

Same applies if you are a victim of cyber crime. Authorities concerned will never listen to you, or they won’t offer you justice because there is no cyber law here. There are exceptions, I mean if you have a backing of a minister (Interior Minister is plus) then FIA might probe your case and might get you to the culprits. Otherwise, for a common man, forget about any cyber offense that you might have faced.

For those who are interested, a bill that was tabled long back in National Assembly to control and combat cyber and electronic crimes, called Electronic Crime Bill 2010, is still pending approval. Efforts have been made by select individuals to workout the procedural delays in the bill to get it passed out, however, nothing substantial has been achieved so far – probably because government is immensely busy in doing lot of (other useless) things.

We are told that the committee, that was given the task to formulate the consensus on the bill, has invited the stakeholders on November 5th, 2012 for their input on the regulations.

It merits mentioning here that this is not the first time the committee has asked the stakeholders for the consultation, in fact the deliberation has been repeatedly done but anything concrete is yet to come out of it.

It is likely that this whole process will keep lingering until the elections are announced to practically kill all chances of electronic and cyber crime laws to become operational.

All champions of the telecom and Information Technology industry are quiet over the issue, rather they keep beating the non-issues.

In-existence of cyber laws has become the only contention between industry’s growth, because e-commerce industry can’t even commence without these cyber regulations. Just to let you know, PayPal hasn’t hit Pakistan because of such hindrances (in addition to other similar reasons).

We are already late in getting this done. But let’s not delay it further. Now is the time for MoIT, PTA, PSEB, PASHA and others to act.