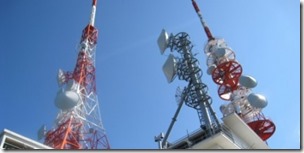 Much has been written and said about the state of field engineers in telecom sector. In a country where labor rights are as absent as civil ethics, one must be a fool to expect good here too.

My recent experience comprises of seeing, and governing – to a large extent – two major radio swap projects by hands of two major telecom vendors of the world in the South of Pakistan.

A usual practice is to outsource field work to small (not even medium) enterprises that, in turn, hire telecom/electrical/computer/electronic engineers – in some cases even commerce freshers – to carry out telecom errands. The pay is infinitely low and the work load is sky high.

To the best of my knowledge, in those sub-contractors, engineers are not even paid for the over-time they invest. They sleep at sites, have to travel into the most threatening of sectors and carry out tasks which are as much of a backbone as any during a telecom swap project.

As a result of these given conditions, theft reports of vendor accessories, equipment and site fuel has risen to the highest threshold ever. Their work efficiency is also questionable which, I’d assert, is also understandable. Often sites are left with cross sectors, cross feeders, incorrect tilting and antenna VSWR issues, which severely affect network’s KPIs (Key Performance Indicators).

What’s most disturbing was the recent revelation that major sub-contractors have spawned out of close-doors meetings between vendor’s/operator’s big guns. Well there’s nothing illegitimate there, but this rarely stands solid ground in the court of fair play. This is to say, those big guns, thus, conspire to secure hundred thousand of worth of projects for their secretively established sub-contractual firms, hire young engineers and exploit those job-starved souls.

Even this, one may argue, is not an evil act. It only becomes dirty when the wealth stay accumulated in few hands and does not flow down the ranks to engineers who, now a days, are at a risk of life.