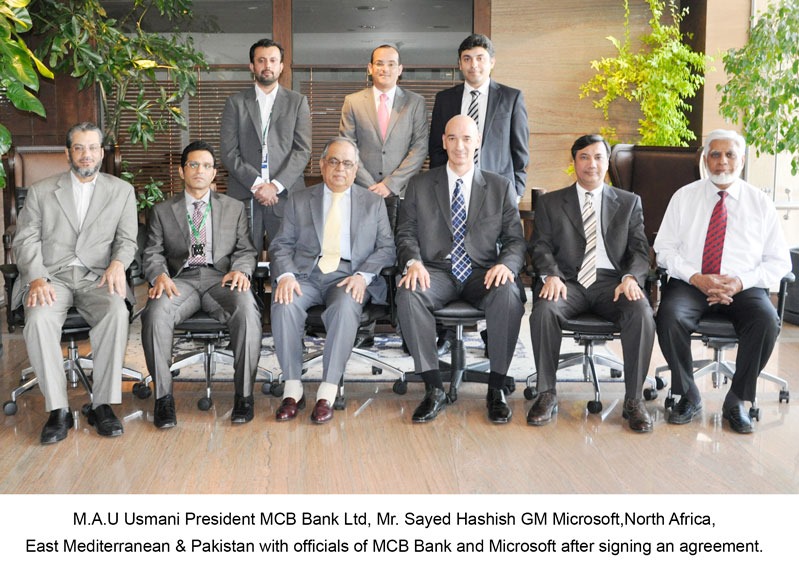 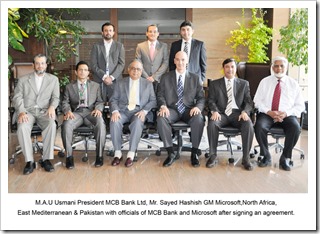 MCB Bank has announced the deployment of Microsoft Collaboration and Business Productivity platform to enhance the efficiency of its staff that will enable the bank to offer services to its customers with 30 percent increased performance.

Acquisition of the latest technology and moving towards integrated and centralized solutions is the core strategy adopted by the Bank having largest online branch setup in the country. This will enable the technology function to deliver the best quality of services to its internal and external external customers while changing the experience and productivity through a facilitation model; said Mr. Imtiaz Mahmood, Head of Information Technology Group, MCB Bank Ltd.

“Acquiring these Microsoft solutions is a major step which will not only enhance MCB Bank’s Employees’ productivity but will also help us to change the dynamics of the Infrastructure optimization model from standard to rationalized in a phased approach,” said Mr. Aasim Ashraf, Division Head of ITSM (Project Director), MCB Bank Ltd.

Sayed Hashish, General Manager Microsoft North Africa, East Mediterranean and Pakistan felicitated MCB Bank for acquiring state of art technology which would give an edge to its employees in efficient delivery of services.

He said that MCB Bank has always invested in technology to operate efficiently and their recent investment in Microsoft’s business productivity and collaboration platform will enable the bank to maintain its competitive advantage by further improving its service efficiency.