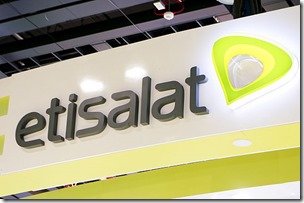 Etisalat, a UAE based telecom operator, has reaffirmed its confidence in Pakistani telecom market by announcing that it will definitely bid for 3G license auction, planned by Pakistan government in next few months.

Ahmad Abdulkarim Julfar, Etisalat’s chief executive, in an interview with UAE based newspaper hinted that PTCL will focus on wireless broadband services in Pakistan after wining 3G license, a market in which PTCL already holds major market share but still has plentiful of potential for growth.

“Pakistan is a market with close to 200 million people. The broadband penetration is very low and there are no 3G services. So the potential is huge,” Mr. Julfar was quoted as saying.

Etisalat is still considering the amount of investment it will inject into PTCL for network rollout and expansion of 3G spectrum. It said that final decision for investment will largely depend on 3G spectrum cost and terms set by the Pakistani government.

Earlier this year Mr. Walid Irshaid, President and CEO of PTCL, had also hinted that PTCL will bid for 3G license auction.

It merits mentioning here that PTCL has conducted LTE trials with ZTE and Huawei.

On other hands Pakistani government is considering to ban operators with outstanding liabilities from bidding for 3G license auction. In such situation Etisalat might not be able to participate in the bidding since it is holding USD 800 million payment against a sale of 26 percent shares of PTCL in 2006.

Etisalat said that it will pay the pending amount after resolution of long pending property dispute with government of Pakistan.

Pakistan has repeatedly asked Etisalat for clearing the payment but all such requests are put on deaf ears by Etisalat.

It should be noted here that Pakistan Telecommunication Authority has finalized the appointment of a consultancy firm for 3G auction process. Committee for the formulation and finalization of 3G policy is currently in process of wrapping up things. Having said this, the realization of 3G still seems bumpy given the political situation of the country and bureaucratic conflicts at regulatory head office.