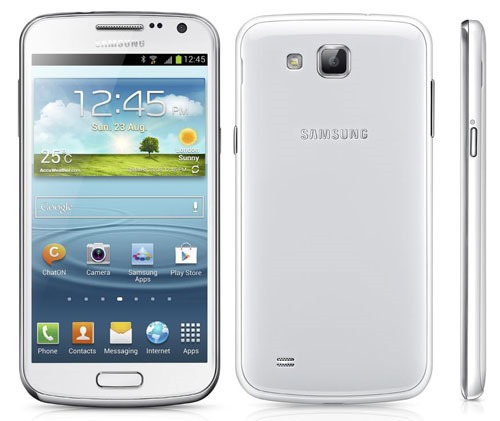 In addition to line of Galaxy series, Samsung has now announced the Galaxy Premier. As expected, the new phone is a slight update of Galaxy Nexus with Galaxy S III-inspired design.

Running on Android 4.1 Jelly Bean, The Galaxy Premier will sport a 4.65-inch Super AMOLED display with a resolution of 1280 x 720. It features two cameras of 8 Mega Pixel rear camera at back with 1080p video recording and 1.9 Mega Pixel front facing camera respectively.

On the hardware front, it is embedded with 1GB RAM and 8GB or 16GB of built-in storage options along with microSD card slot up to 32 GB having HSPA+ or LTE support.

Connectivity options for this device include Wi-Fi, GPS, Bluetooth 4.0 and NFC along with a battery of 2,100mAh.

The Galaxy Premier would run on a TI OMAP4470 with a dual-core 1.5GHz ARM Cortex A9 CPU along with PowerVR SGX544 GPU.

Samsung has not revealed its plans for making this phone available in Asian markets so far but this Galaxy Premier will hit Russia in coming December for around the price tag of USD 680, network unlocked.