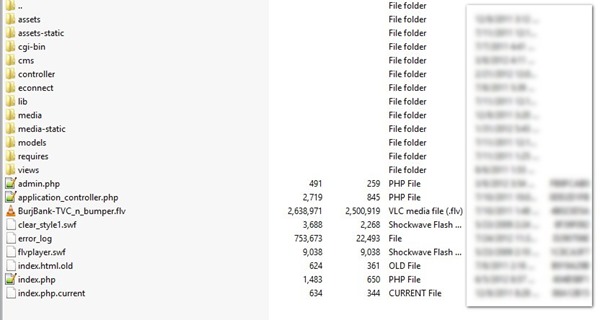 Official website of Burj Bank is reportedly hacked by a Pakistani group of hackers, called “Pak Cyber Hunters”, aimed at warning the bank to secure its website.

Hacker group shared entire backup of Burj Bank’s website files and databases with ProPakistani, and urged the bank to increase its server security. Hackers, in an email sent to ProPakistani, said that it’s a nightmare for the admin, who must get such sensitive data safe.

Hackers said that they aren’t defacing the website for face-saving of the bank. However, if things aren’t bettered then bank should be ready for a full-scale defacement and public leak-out of data.

Following is the screen taken of the website files of Burj Bank that were exclusively shared with ProPakistani:

Burj Bank just called in to claim that their website wasn’t hacked. They have also issued a clarification on their website by saying that ProPakistani’s accusation is baseless. ProPakistani, however, stands by its story.

Here is what Burj Bank wrote:

This is to confirm that our server is completely safe and secure. Any allegations regarding the leakage of our data should be deemed untrue.