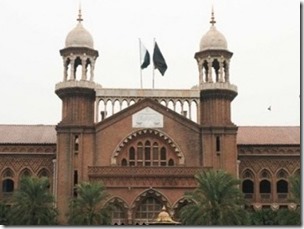 The Lahore High Court has extended its stay order on International Clearing House during a hearing proceedings yesterday, as arguments of federal government’s counsel were in progress.

Representing the federal government, the counsel stated before the court that the PTA was empowered, in accordance with law, to fix minimum rate for international incoming calls and regulator increased the tariff on the incoming international calls on legal grounds only.

Brain Telecommunication, the petitioner, had argued the additional tax on incoming international calls is a violation of the rules prescribed in section 4 of the Competition Commission Act which prohibits price fixing and division of market through quotas.

Opposing the argument, defending counsel argued that the jurisdiction of the CCP was within the country and the additional tax in question was to be recovered from those making calls from abroad. The counsel maintained that the PTA had not violated the Competition Commission Act 2010 and requested the court to dismiss the petition.

Justice Ijazul Ahsan adjourned further hearing till Nov 14 and directed the counsels of both sides to come up with final arguments.