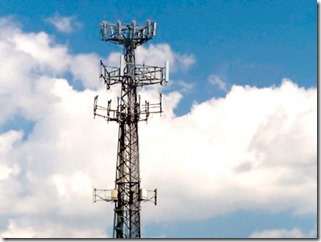 It has become somewhat of a norm now of the government to shut down mobile services in big numbers spanning major metropolitan hubs across the country.

In team meetings with higher officials in telecom vendors and operators, it is reported that PTA never discusses such major shut downs in advance with mobile operators, instead the regulatory authority simply enforces orders from the interior ministry.

In a session recently held in Karachi, Chief Technical Officer of one of the biggest cellular operators of the country shared that such steps are not appreciated and are increasing unrest amid all cellular operators.

Last event was Eid-ul-Azha which saw 40% network outage in Karachi, but this time it was in low traffic hours and was for a short span of time. Previously, as witnessed on Eid-ul-Fitr and earlier on Ishq-e-Mohammad Day when networks were shut down for entire days, mobile operators suffered losses worth billions of rupees.

He further conveyed that mobile operators are willing to help the law enforcement agencies by all possible means in their mission to curtail threatening situations, but the steps agencies/government wish to implement should proceed after taking all stakeholders in confidence.

He went on to mention that after the last shut down, a meeting took place in the country’s capital where major stakeholders of all telecom operators participated and shared their views and future plans should such steps are laid down by the government.

It was revealed that the mobile operators are looking to move to court with this issue if the unreasonable attitude continues. One important fact to which the CTO pointed was the scare government of Pakistan is hinting towards any new entrants in case of 3G licensing. Foreign operators would be counting it as a big turn off in a country where mobile services are indefinitely hampered.

Over the time Intelligence Agencies have shared at large that many terrorist activities involve seamless cellular communication and the purpose of blocking them in red zone areas is to hurdle in their dependence on mobile communication. Many organized groups have also been reported of exploiting SMS layer level messages in triggering remote control bombs.