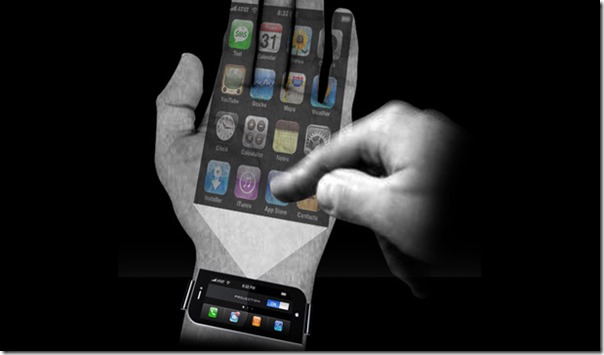 Considering the fact that the hardware on an iPhone is limited, iOS is great for a mobile operating system but it will never match the functionality of a modern day desktop operating system. That might change in the near future.

With modern day phones getting quad core processors and gigabytes of ram, the next iPhones may be available to afford the load of stripped down version of desktop operating system. We might see the popular mac OS running on iPhones. The thought of the possibility of having the power of a desktop in the grip of your hand is indeed a majestic one.

Due to the uptight response from the proud owners over the removal of Google Maps in iPhone 5, reinstating them would not be a bad idea in further models to say the least.

If by any chance Apple had decided not to pull it off, then their custom Maps could definitely reach an improvement on their part.

Life simply cannot get any better for a proud iPhone owner than the iPhone itself becoming its best friend. What better way to improve the Siri voice assistant if it is designed in such a way that it begins to develop a “mind” of its own.

The idea of an iPhone helping us in the time of need such as waking us up if running late for work, suggesting your friends to sooth you up when you have a rough day, automatically making reminders based on your voice/text conversations, suggesting you apps as per your taste etc.

With the ongoing research in the fields of artificial intelligence and machine learning, the Siri in your iPhone may one day become the sci-fi virtual assistant you’ve always wanted it to be.

The average man accidentally encounters his cellphone with water countless times. The iPhone already is unique from every other cellphone on the planet in its own right but becoming waterproof definitely takes the cake.

Imagine the arrival of a time when the ritzy people will be attending their phone calls under water.

Speaking from the length point of view, iPhone 5 was an utter disappointment for every single individual craving for the product. With the hope of Apple not repeating the same mistake, the iPhones of the future can have alterations in other geometrical aspects.

Apart from the shape changes such as it being much sleeker than before and having a bigger screen, further models could indeed have an improved touch as well.

If China can do it then what is stopping Apple from doing the same? Ever since its inception, the iPhone has always been available as a single SIM phone but considering the fact that China has been making cheap copies of the device with a multiple SIM feature, then future iPhones with a multiple SIM option can very much be expected.

In a couple of years, Apple must have learnt that with an extra-ordinary phone, there must be an extra-ordinary camera along with it. With the release of iPhone 5, 720p was introduced and in the future, Apple should prepare something much more exciting than an expected arrival of 1080p in further iPhone models.

To make the iPhone really distinctive and unmatchable from other brands, the future iPhones should have a 3D camera and a 4K resolution 2D camera.

The insanely popular bump option has been frequently used among the smartphone users and has been responsible for quite an ease in the matters concerning photo transfers.

Apple can take an advantage of this idea and modify the feature to transfer not only photos but mega sized files from one iPhone to another by a mere strike.

The technological world is rapidly growing beyond imagination and presentations on chalk boards are a thing of the past. Walls and projectors are utilized for that purpose and that demands a quick addition in the iPhone features.

The next iPhones can definitely use a multimedia package with various possibilities such as a mini projector in order to be employed for practices ranging from business to leisure.

Undoubtedly the coolest and most frequently used feature in science fiction films is the hologram concept. The notion has inspired various other features and scientific breakthroughs and it is only a matter of time the idea becomes a reality.

If incepted within the boundaries of practicality, the hologram concept can be employed by Apple to combine it with the features of the next iPhones to yield generated images of screen items and the keyboard.

This article is brought to you by our folks at http://chillopedia.com