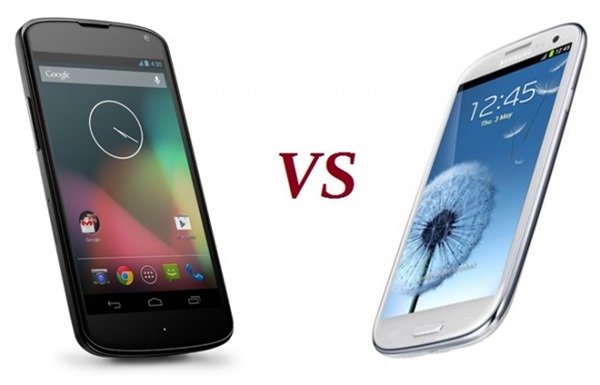 Since the appearance of fourth generation Google’s LG nexus 4 in tech environment, the notable competition has been witnessed between the successful android devices and arguably one of the best is Samsung Galaxy S3, which is widely compared with Google’s Nexus 4.

With the arrival of the new LG Nexus 4, the question has been raised whether or not the new Nexus upstages the previous flagship device Samsung Galaxy S3.

Although, both devices have some similarities but there are some key differences here as well.

So, here we present a showdown between Nexus 4 and Galaxy S3 for their specs, dimensions and the software running inside to get a better idea of which android phone to go with.

To start with, both flagship devices are large screen phones with overall sleek and slim design. But Samsung GalaxyS3 comes with larger surface area and it happens to be thinner than Nexus 4.

The Samsung Galaxy S3 has been slammed for its tacky plastic casing while the Nexus 4 looks quite a bit classier and similar to the current Galaxy Nexus mixed with the build quality of the iPhone 4S.

Under the hood, LG has packed its new flagship, the Nexus4 with a Quad-Core Qualcomm S4 clocked at 1.5GHz with 2GB of RAM. However, Samsung galaxy S3 has embedded with a quad-core Exynos at 1.4GHz backed by 1GB of RAM. 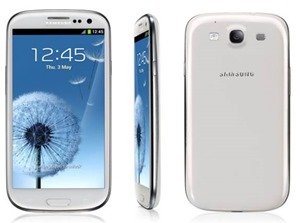 Nexus 4 has only 8 and 16GB storage sizes without any expandable option while Samsung Galaxy SIII is rich with bounty of internal memory having 16, 32 or 64 GB along with 64 GB microSD for letting you extend the memory.

When it comes to connectivity, Nexus 4 misses 4G LTE having only HSPA+42. Other than that, both the devices highlight NFC, Bluetooth, Wi-Fi, dual band and Micro USB ports. 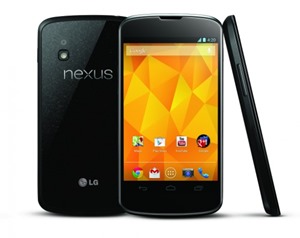 The Nexus 4 touts a latest version of Android 4.2 Jelly Bean with slight changes from its original version that was earlier premiered on Nexus 7 tablet. However, against all expectations, Nexus 4 will not feature a new Android update called Key Lime Pie.

On the other hand, Galaxy S3, earlier, landed with Android 4.0 Ice Cream Sandwich but later it was upgraded to the Android 4.1 Jelly Bean. Moreover, it is also worth noting that the Galaxy S3 has the Touch Wiz interface, while you get a vanilla Android experience with Nexus devices.

The android flagship of the year, Samsung Galaxy S3 is readily available in Pakistan around 62,000 PKR while Nexus 4 has the price tags of 299 USD and 349 USD for 8 and 16 GB respectively (both unlocked versions). However, the exact price for Nexus 4 in Pakistan would be known after its release.

The new Nexus 4 is expected to get official release in the second week of November in key global markets of Europe and then will move to other regions.

Seeing all specifications of these devices, it would be difficult to say about the best one. Based on aforementioned features and especially when compared with the respective price, the lovers of latest android version could go with Nexus 4 flagship and one could consider Samsung Galaxy S3 as a best choice for more storage capacity and 4G LTE, which is meaningless for a market like Pakistan.