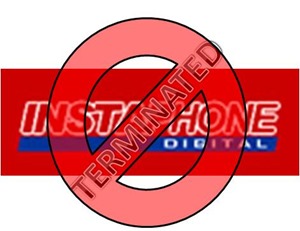 CDMA has been a failure in Pakistan, one might have his reasons, but this is not a technological fault. CDMA has not only sustained in West against its rival standards but has gone ahead to return handy profits.

Problem in Pakistan proceeds from somewhere else. There might have been a political reason attached to it, but the final equation suggests that CDMA is a story of gone days now.

A telecom prodigy of our country currently working in Saudi Arabia once shared in following words:

WLL players failed to make business in Pakistan not because they were cash strapped; it was because soft handovers were not allowed by PTA. Needless to say, CDMA performs pathetically when soft handovers are disabled in it, but of course this was what the leading cellular operator of Pakistan wanted.

Despite the continual visits of delegates from Qualcomm & else, PTA stood by its stand, ensuring Mobilink a competition free market.”

I would like to argue that CDMA, technically, is better than GSM. But a pile of electronic boards, antennas and cables cannot guarantee connectivity; its marketing, sales, support and education does. There has been a monopoly of GSM players which has been the obstacle for CDMA operators to thrive coupled with their incompetency to succeed.

Here I shall share a word from another fellow telecom engineer who while discussing this topic astutely wrote:

Only limited number of CDMA ME’s were introduced, and changing them wasn’t possible and they were not fancy enough to attract general public at large.

Marketing regarding services: The general perception of public at large was that it’s inferior to GSM. This is probably why Paktel had to shift to GSM technology, despite having country wide CDMA network.

Absence of a giant: No big foreign operator in CDMA as compared to GSM.

Instaphone was the only mainstream CDMA services provider before its license was suspended by PTA in 2011. It implemented the D-AMPS technology (Digital-Advanced Mobile Phone System) and at the time of suspension, had 0.32 million subscribers.

PTA had canceled Instaphone’s license due to non-payment of dues and was later on put for auction along with 3G licenses, in March 2012. However, nothing went through and auction of licenses was delayed.

There are slight chances that anyone would be interested in the auction of CDMA license, for reasons mentioned above.