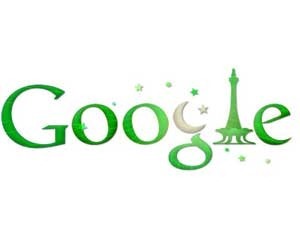 The Federal Board of Revenue (FBR), authority responsible for taxing businesses and individuals in Pakistan, is seeking ways to tax internet giant Google, on the revenue generated through its business in Pakistan, reported The News citing unnamed sources.

It is said that FBR got the hint of taxing Google after it learned that Indian tax authorities slapped Google with a fine of 760 million Indian rupees or USD 13.8 million for evading taxes and misleading Indian authorities by under-reporting its revenues.

After getting the news from India, FBR chairman reportedly instructed the tax departments to identify the business activities of Google in Pakistan to bring it under the tax. From what we have heard, FBR is clueless on how to tax Google, as of now at least.

When we last checked with Google, it had said that tax on advertising revenues is deducted in respective courtiers where advertisers make payments for doing business with Google. For example, Google is not liable to pay tax to Pakistani authorities if someone buys Google ads from USA, as advertiser is already taxed in his/her country.

Google had agreed that local ad buying (from Pakistan) could be taxed, but its usually purchased through credit cards and doesn’t come on radar.

Experts opine that Google can be confined (by Pakistani Authorities) to deduct tax for all media buying with-in Pakistan at the time of purchase. Similarly, all adsense payments can be taxed at the time of issuance of payments to Pakistani publishers. This process of deducting tax from publishers and advertisers (at the time of transaction) is in practice in USA and European countries.

It is still unclear and disputed that revenues made through ad clicks that are generated from Pakistan are tax-able (under the head of income tax) or not. It is believed that Google pay taxes on gross income in its native country and hence if there is anything to be taxed in Pakistan or other countries that will impact its tax rate returned in USA. Which is seemingly hard to achieve.

According to media reports about Rs. 320 million were spent in online media from Pakistani advertisers during last fiscal year, 35 percent of which is shared by Google.

Experts say that taxing Google is very much possible but extremely hard. They say that Pakistani tax authorities will have to be vigilant and will have to come out of the box to tax a company like Google.