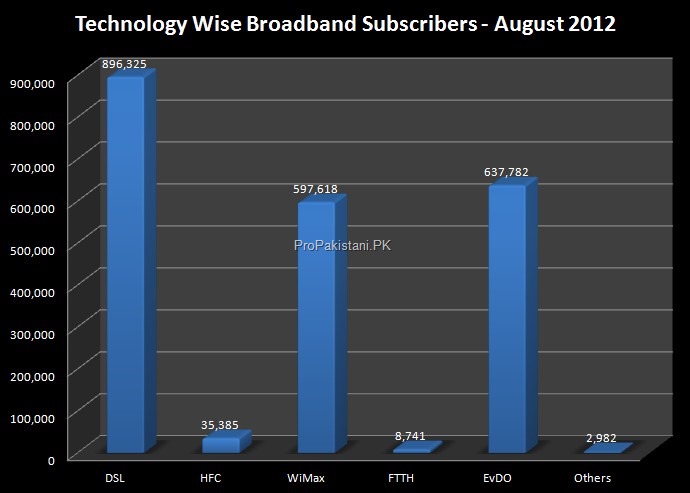 Pakistan Telecommunication Authority has said that Broadband connections in Pakistan had surpassed 2,178,833 mark, by August 2012.

According to latest stats issued by the authority, broadband subscribers reached 2.18 million, adding 39,657 subscribers in the month of August 2012.

DSL remains the top technology for broadband market with 896,325 subscribers with EvDO to follow with 637,782 subscribers. WiMAX operators had 597,618 subscribers by August end 2012.

Stats suggest that EvDO remained the top seller in August 2012, a trend that has been followed in recent past. 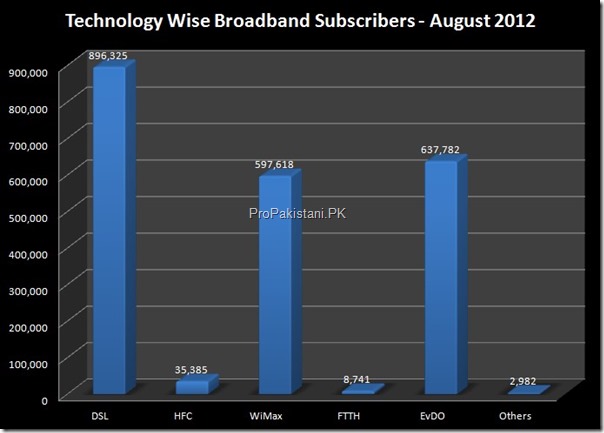 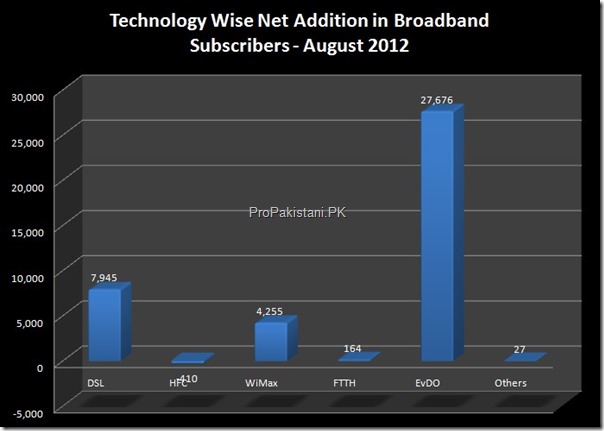 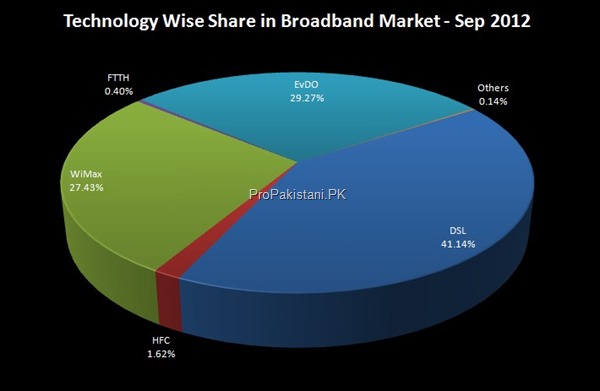