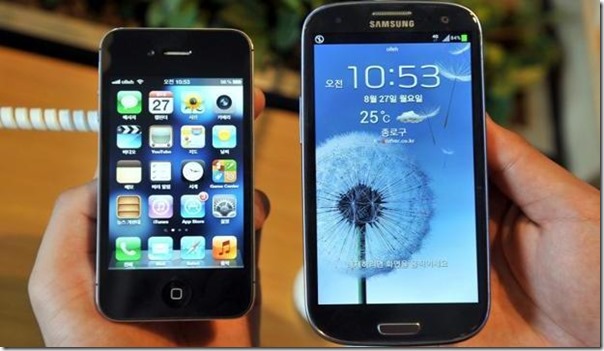 As the year is about to end, we will take a look back at those moments which defined the smartphone industry and made an impact in year 2012.

To start with, let’s have a look at the timeline of smartphones’ announcements in year 2012 (we will cover the most amazing and popular ones only):

*No ground-breaking announcements were made in March, April and June.

The year started with a blast as Sony made their own entry in the smartphone business after they ended their long-run deal with Ericsson by giving us the Sony Xperia S. Not only the phone had a design which was in a class of its own, but it also had a 720p display and a 12 mp camera to place the smartphone in a class above its competitors namely the HTC Sensation and Samsung Galaxy S 2.

February saw the announcements of several great phones. HTC announced its reply to the future and current Samsung flagships with the One X (which had a quad-core GPU) and One S along with a midrange One V smartphone.

Nokia showed the world the best camera-phone ever with the Nokia 808 Pureview, which had a whopping 41 mp camera. It also announced the Lumia 900, its next flagship. But the phone became Microsoft and Nokia’s stepchild soon after its release when WP8 (Windows Phone 8) was announced – which took away all the shine from the device – as the phone was incompatible and not upgradable to WP8.

Sony also showcased the great and affordable midrange phones, the Xperia P and U.

LG announced its ‘next big thing’ with the Optimus 4X HD, which had a quad-core GPU.

In May we saw the announcement of perhaps the most-awaited phones of the year with the Samsung Galaxy S III. The phone’s beefy hardware and smooth software plus several tips and tricks made it not only one of the most admired but also among the most functional phones of the year.

We also saw the announcement of Galaxy Ace Duos, which started a series of dual-SIM androids from Samsung.

Battery life is an important issue in smartphones and Motorola became one of the first smartphone manufacturers to address this with its RAZR MAXX, featuring a 3300mAh battery.

Galaxy Beam, the projector phone was announced in July. While it wasn’t very popular mainly due to its chubby design and somewhat limited functionality, it still was a novel idea and overall a good effort.

August saw the announcement of the first Windows 8 smartphone, the ATIV S from Samsung (and not Nokia!) which was a bit of a surprise. Still the phone featured a large screen with plenty of features. August later saw the LG Optimus G which was LG’s reply to the Samsung Galaxy S III, HTC One X and other high tech smartphones and had a fantastic display, software and hardware.

The very next month, September became the ‘biggest month of the year’ in the smartphone world as we saw the announcement of the most-awaited smartphone the iPhone 5.

iPhone 5 came with a taller screen, better camera and notable design changes including the choice of new materials.

We also saw an update to the most popular ‘Phablet’ in Samsung’s line with Galaxy Note II which had an even bigger display, more capable (and accurate) S Pen plus a powerful hardware along with Android 4.1 Jelly Bean.

In October we saw another awaited smartphone, the Google Nexus 4, this time made by LG. I’ll even call this phone the biggest thing to happen to the Nexus line since the original Nexus One made by HTC in 2009. Google Nexus 4 featured a 4.7 inch display, Android 4.2 Jelly Bean, Quadcore 1.5 Ghz GPU and 2Gb RAM.

Asus meanwhile announced Padfone 2. The idea of having a phone which could sit inside a tablet too isn’t on the rise but this thing can really open new possibilities. An amazing idea indeed.

November saw the release of HTC’s first batch of Windows Phones, the Windows Phone 8X and 8S. The flagship 8X smartphone had a wonderful display and got combination of elite hardware and software.

Later in November 2012 we saw the announcement of the mini version of the Samsung flagship in the Samsung Galaxy S III Mini. The phone was only similar in design to the flagship and Samsung didn’t only trimmed the price a lot, but also its features making an altogether different, overpriced phone. I’ll even call this thing my personal disappointment of the year.

Samsung ended the year in grand style by announcing the Galaxy Grand which had a 5 inch display and respectable specs. We are, however, more excited about the dual-sim variant of the phone because almost no such devices available in the market have dual-sim capabilities. The phone will come out next year.

The top three trends in the smartphone world this year were:

Several other trends which continued throughout the year were of more features in the software department, better connectivity, cloud storage and of course, better designs.

Apple VS Samsung – the The Patent War Continues

The patent wars between the smartphone giants continued throughout the year. Several interesting things happened in between though, such as when inner documents revealed that even Google warned Samsung that its products looked like Apple’s a lot or when a judge in a US hearing said that the Apple lawyer was apparently smoking crack.

We also saw a point where Samsung was fined over a billion dollars to Apple when it lost a suit against it this summer but the story didn’t end there. In one hearing, the Apple lawyer even flashed a Sony Ericsson Xperia Arc and Nokia Lumia 900 saying not every successful phone had to look like an iPhone. But the one thing they both had in common was that they both continued to churn out good phones in 2012.

Smartphone Trends for next year and what to expect

Judging by the current situation, the smartphone trends for this year might continue throughout the 2013 too. We’ve already heard about the Galaxy S IV having a full HD, bigger screen plus some future phones having Xeon core processors.

In 2010 we had single-core processors. In 2011, the idea of dual-core processors was popularized and in 2012 came the dawn of quad-core GPUs. The show is likely to continue in the same tune and we’ll most probably see xeon-core processors in 2013. The same can be said about the displays and cameras as well. Connectivity will also be a thing to watch out during the next year.

Competition also became more intense this year and should only stiffen up even more in 2013. New-comers like ZTE and Huawei ushered like a breath of fresh air into the picture and released competitive devices.

Due to the pressure from the competition, the manufacturers churned out even more powerful phones. Microsoft’s Windows Phone will be the one to watch out for in 2013 too. If Microsoft manages to convince app developers (and I am talking about major app makers) into making apps for its OS, then this will be a huge victory for them.

2012 was among those years in which the smartphone industry saw the most innovations although I still think that 2010-11 were the best ones yet.

Technology took several leap forwards and I hope in the coming years, we’ll see more of such stuff because these are the things which keep customers engaged and coming back for more. So long 2012. This will be a year to remember.